The Politics of the Cross: Part One 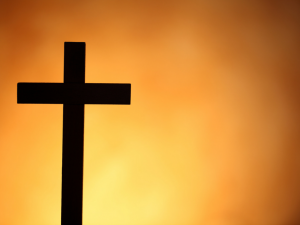 Jesus’ entry into Jerusalem and the cleansing of the Temple were clearly enacted parables that carry overtly political overtones. Jesus, at the highpoint of the Jewish religious year- Passover- where the Roman imperial rule rubbed the hardest, was making a statement about the coming Kingdom of judgment and salvation. Nobody could have missed the point, even if its fullest meaning only became apparent after Easter.

We cannot deny that Jesus was involved in politics. He may not have identified himself with one or other of the political activisms of his time, but he was certainly crucified at least partly for political reasons. The very proclamation of the Kingdom would have been understood as having some sort of political implication. Religion and politics were inextricably bound together.

At Passover the Romans were on high alert. Even a small demonstration by a bunch of Galileans would have been noticed. The volatile populace was prone to turning a little incident into a major confrontation over freedom and rights, threatening armed rebellion. The entry into Jerusalem seemed to resemble the welcome given to the armed rebel Judas Maccabeus nearly a century before. However, Jesus clearly rejected this way forward. His destiny and purpose lay elsewhere. Unlike the monastic Essenes, Jesus was not content to wait in the desert. Neither was he like Judas the Galilean and his family, who perished one by one by leading a failed revolt.

Other Jewish leaders were as anxious as the Romans. The Pharisees saw hope in passive resistance, living meticulously and faithfully as a Jew and taking the consequences. Persecution and poverty were, if necessary, better than defilement or compromise. The Sadducees were entrusted with the holy task of maintaining the worship of God in the Temple. No risks or foolish aspirations should threaten that sacred duty. They believed it better to have some kind of stability, even for the poor, than chaos and destruction.

Jesus and the World

We know how events turned out. Jesus was cornered and carried off without much fuss. Of the inner core of disciples, one was bribed to betray him, another denied him, and all fled, some into hiding, some to mingle, unseen, in the crowd. Pilate, caught at his weakest, was able to play with the customs of the festival so as to stave off the demands of the crowds who were manipulated into calling for blood.

In all this Jesus stood like a catalyst, bringing out the people’s mixed motives, expediencies and vacillation. We know, and perhaps many of them knew, what would have been honourable and fair, but the realities of living make it almost impossible to achieve. What is revealed is the sorry mess that is our world. Jerusalem is every city: New York, London, Moscow, Kolkata, Nairobi or Rio. Our reactions are the same. We share Pilate’s need to survive, Peter’s shame, and the weeping of the women. Like them we try to do our best, to live as well as we can, going along with the tide and hoping we will not get swept away.

Jesus is the eternal victim. His vision was swallowed up in the melee of human existence. When things happen, we make of them what we can, playing the hand we are dealt. That, however, is not enough. Jesus is not just a passive victim but the central actor in the drama.  The entry to Jerusalem and the cleansing of the Temple were the culmination of what went before. At every turn, not least in Holy Week, Jesus has to respond to the pressures of the conflicts and issues of the time. Can we discern something of what this means in practice? Perhaps this can be done by looking at the way each evangelist tells the key stories- different threads making up the fabric of the Gospel.

Part Five: John - A Kingdom not of this World

Tags:
Politics
Theology
Jesus
< Back to all blogs