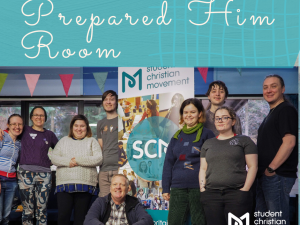 The Prepare Him Room weekend offered us a whole variety of salves to the stressors of every day student life:

For me, my weekend was bookended by journeys to and from the centre which I shared with another participant and which offered lovely time to spend together and chat and prepare ourselves (plus some Disney songs).

The retreat itself started with prayer time and singing, with some beautiful evening prayers. Dinner was a chance to get to know each other a little bit and to discuss the workings of large and temperamental catering ovens!  Our first session then included some meditation and resources to ponder later.  Silence followed this, which was an incredibly useful way for me to fully realise that I was away and day to day stressors were (as far as possible) left behind. No WIFI definitely added to this!

Saturday dawned bright and rather cold (especially in the chapel, which had a rather monastic attempt at heating!)  Morning prayers mirrored the evening ones, and breakfast after that.  The morning session was followed by time outside - for some creating art with found items, and for some just wandering in the peaceful landscape.  After lunch, Kevin led a walk which 3 of us accompanied him on and gained absolutely stunning views over Windermere and the grandeur and elegance of the hills surrounding it, topped with cloud and even some snow. 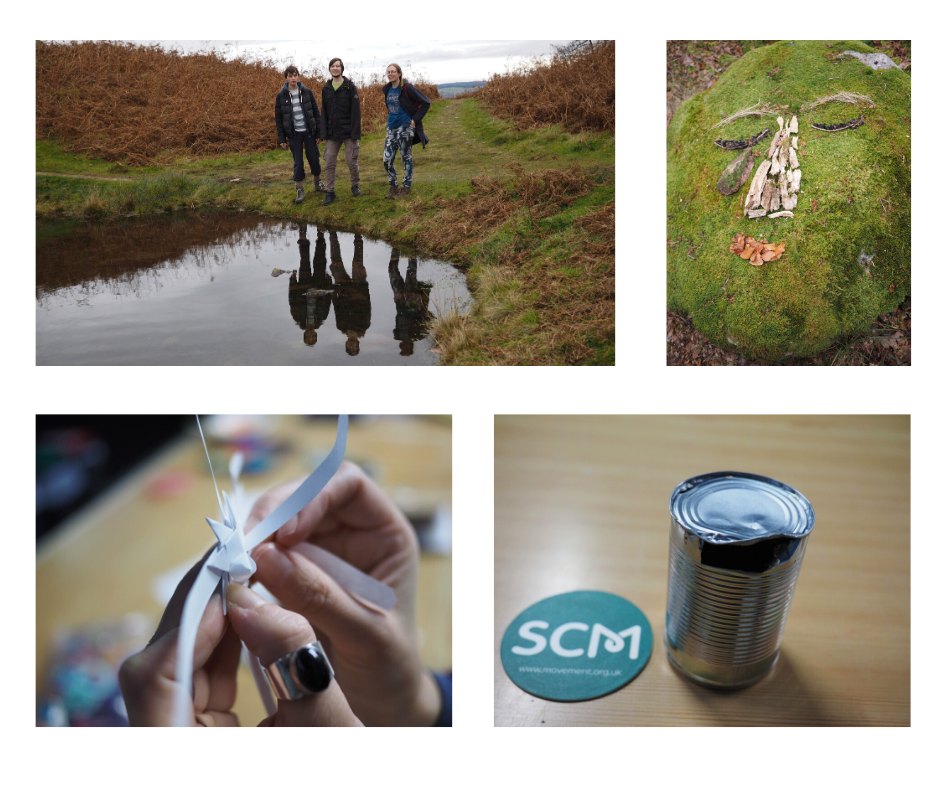 An unplanned group tin-opening activity followed this: what better teambuilding than a tin you need to make dinner and 2 non-functioning tin-openers?!  Dinner was made (with the beans from the tin!) and another thoughtful and meditative session was completed with some craft time.  Lots of us are not especially "crafty" or "artistic" in some senses of the words, but the ability to use creative time without worrying too much about the end product was incredible - and did result in a number of fabulous pieces, and an incredible variety as well from clay models to origami and mathematical challenges.  Sunday morning prayer used the same words as Saturday mornings, which I found really useful in terms of returning to and thinking about them in a set pattern.

A final meditative session was accompanied by thinking about going forwards into daily life keeping some of the practices of rest and preparing space for God in our lives.  A good team effort of cleaning, and we left in the rain that had held off brilliantly on the Saturday.

The leaders (Jason, Kevin, and Rach) were all fabulous and insightful, and I am going into next week refreshed and with a better idea of planning to take rest and Sabbath time in a way that helps me be who God has made me to be.

Beth Clarke is a Medical Doctor doing a PhD at Manchester.

Make sure you don't miss out on our next events!

Tags:
SCM events
< Back to all blogs