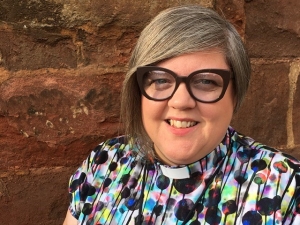 The Student Christian Movement has announced the appointment of The Revd Naomi Nixon as its new Chief Executive. She will replace SCM’s National Coordinator, Hilary Topp, who departed in February.

Naomi joins the charity from the Diocese of Coventry, where she has been Ministerial Development Adviser for the last seven years. She also serves as a Minister at St Clare’s, a pioneer community based at Coventry Cathedral. Previously Naomi served as an Ecumenical Chaplain at North Warwickshire and Hinkley College where she also established a Youth Work teaching department.

Naomi holds a Master’s degree in Theological Studies and a post-graduate research degree in Feminist Theology. She is currently working on a PhD asking the question ‘What is the soul of Further Education Chaplaincy?’ at The Queens Foundation in Birmingham.

Speaking of her appointment Naomi said, “I am filled with joy at the prospect of joining SCM, I’m in awe of its history and excited about the difference we can make in the lives of Christian students and in the world as we work together for justice in God’s name.”

Chair of Trustees, Tom Packer-Stucki said, “We are delighted to appoint Naomi as SCM’s Chief Executive Officer and look forward to working with her to realise SCM’s vision. This appointment comes at an exciting time for the movement as we continue to grow and reach out to more students. The trustees would also like to thank Lisa Murphy who has served as Acting National Coordinator since Hilary Topp’s departure, who will remain at SCM as Operations Manager.”

Revd Nixon will take up the post in February 2020.