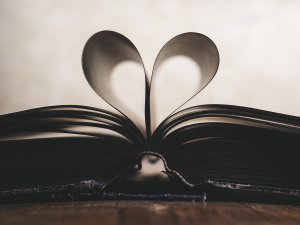 From the mention of internal translation, I felt that language would be a recurring theme throughout this year’s Quaker Yearly Meeting Gathering (YMG) for me. Quakers use a wide variety of language, with some appearing to be more explicitly Christian than others. We all have words we are comfortable or uncomfortable with, and sometimes we need to translate what other people say so that it makes more sense to us.

These thoughts about language inevitably led to deeper discussions about Quakerism and Christianity. Before long, I was having conversations with people at the gathering about whether or not we identified as ‘Christian’. Since before I found Quakerism, I identified more with the label ‘agnostic’ than theist’, so the question, ‘am I a Christian?’ is one I’m still figuring out.

Whilst I recognise that Quakerism started as a Christian movement, I see British Quakerism now as incredibly spiritually diverse (I specify British because Quakerism outside Britain is even more diverse, with Quakers in countries such as Kenya describing themselves as evangelical Christians). As I suspect is the case for many other young adult Friends, I appreciate the freedom that this diversity offers. There’s no pressure to sign up to any list of beliefs, or to label ourselves as definitely theist. Yet, if you read the Epistle from this year’s Gathering, you may be led to believe that Quakers are a relatively mainstream, Bible-centred group, as it includes various biblical references. This was interesting for me to see, as since finding Quakerism, I’ve barely picked up my Bible!

Language is important to me because ‘Christianity’ can come with so much baggage, perhaps thanks to what we hear about Christian fundamentalism and the American ‘Bible Belt’ in the media. For me, the name ‘God’ still conjures up an image of a man with a huge, white beard, sitting on clouds. In contrast, the ‘inner light’, often referred to by Quakers as “that of God in everyone” seems to be a more positive image of what one may call the ‘Holy Spirit’ working through people. Trying to see that of God in everyone is about seeing the good in people and viewing them as equals.

When I began attending Quaker Meeting last year, part of my reason for this was a rejection of my old church in particular, the evangelical Christian Union at my university, and mainstream Christianity more generally. In the same way that being added to a Facebook chat with other young adults at YMG made me feel like one of the ‘in-crowd’ rather than an imposter, embracing distinctly Quaker language has helped me to feel more like a part of the community. I like talking about going to ‘meeting for worship’ instead of ‘church’; saying ‘I’ll hold you in the light’ rather than ‘I’ll pray for you’. Quaker language can be a way of distancing ourselves from mainstream Christianity: whether that is a good or bad thing is open to interpretation, but personally, I find comfort in this distancing.

Whether my view of God is shared by other Quakers, I don’t know. Whether that view is shared by mainstream Christians, I don’t know. Whether Quakerism can still be defined as a Christian movement is also up for debate. From what I hear, there seems to be a generational divide, with older Friends holding fast to the Bible and a more Christian identity, whereas younger Friends like me are less sure about Christianity. As we think about the future of Quakerism and attempt to engage young adult Quakers to keep the movement going, the language we use seems important to me. I wonder if, in fifty years, the Religious Society of Friends will still be considered part of Christianity, by Friends and by others.

Tags:
Christianity
< Back to all blogs