Rach’s Reflections: Life In All Its Fullness 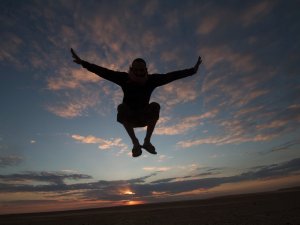 A couple of Sundays ago I was preaching twice. On both occasions I used the same readings which included John 10:1-10. It ends with the well-known and often quoted, “I came to give life—life in all its fullness.” This blog is version three of the sermon, as I’ve never yet said the same thing twice!

I’ve been pondering on what a ‘life in all its fullness’ looks like. I have a pretty full life: my work, as you may have read, takes me all over the North West; I volunteer for another charity, preach throughout the year, and am also rather obsessed with geocaching; I try to be a good wife, sister, daughter and friend. Sometimes I even do some housework.

During the second preaching slot, one of the activities I did with the students looked at how we fill our time. If a day is split between 24 segments of a pie chart, what goes in them? Have a go, add it up. I get to about 22 and then get a bit stuck. I have a gap of about two hours I can just never seem to fill. Where do those two hours every day go?

In doing this exercise, I realized I had quickly jumped from a full life to a busy one. I don’t think that is what Jesus meant. He didn’t come to bring us a life full of work, revision and meetings, a life centred around rotas, programmes and just busyness. While all of those different parts of life are important, what comes next?

What does a life filled by Jesus really mean? The earlier part of the reading from John 10, and the Psalm of the day – Psalm 23 – lead me to ask what does it mean to be the sheep of the Good Shepherd? The Good Shepherd is the gate to the pen, who protects his sheep by night and guides them through the valley of the shadow of death to the green pastures, to the calm waters. The Good Shepherd is the one who calls each one by name and whose voice is known. Perhaps this is also what life in all its fullness means: to understand when to let things go and be fully guided, even through the darkest and most uncertain of times.

I’ve never heard God’s voice audibly, but I’ve felt God’s presence or believed I’ve known God’s will – usually by a kick in the stomach. I’ve heard my calling, and I’ve been led in the footsteps, guided in the good times and the bad, and protected in the fold of his making, by my church and friends.

I hope and pray that you know Jesus the Good Shepherd who calls you by name, leads you to pastures of peace and enfolds you in love – the one who has come to give you life, and life in all its fullness.