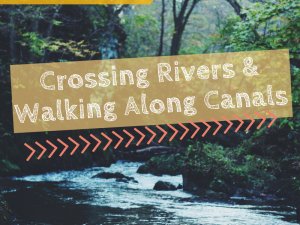 March has sped past, as the months often do and it means I've been based at the University of Salford for a whole month now! I've got a brand new desk that is all set up and I'm sharing my office with Hilary, the Faith Centre Coordinator, and our office plant donated by one of the chaplains. I've been settling in, checking out the local lunch options and even losing out in the SCM team steps competition as the station is so much closer to the new office than it used to be to SPH! My train count too has slowed down at just 40 for March taking my total to 1036.

I've also been across the river three times to catch up with people in Manchester, joining St Peter's House as they hosted the Mean Bean Lunch that Just Love Manchester were participating in and even meeting Revd Kate Bottley again as she was there filming for Songs of Praise. I also got to catch up with one of the SCM members based in Manchester. At the end of last week I was back again to meet up with other student workers from across Manchester for breakfast and prayer. Earlier in March I spent the Saturday at the Joint Public Issues Team Conference exploring what a Brave New World could look like, and seeking justice. It was great to see a Link Church hosting this great event and to meet people interested in what SCM has to offer to students and churches today. I'm still reflecting on what I heard that day but I'm certain you'll hear more in future blogs.

My big trip this month has been to Chester, where I met with the Vice Dean at the Cathedral to discuss the opportunity to be a Link Church. After a lovely afternoon walk along the canal I spent the evening at the University, joining the Chaplaincy for worship and food and meeting a student who grew up where I did - small world! It was also good to chat to the new CathSoc President to see how we could support them especially with our training in the autumn.

I went straight from Chester to Birmingham ready for press and media training, so watch out for more press releases and radio appearences from the team!

I realise it is only the start of Holy Week but as I have some time off I will use this opportunity to wish you an eventful Eastertide.

See you on the other side.