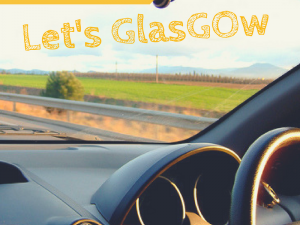 In my year and a half working for SCM I have now been to five events. Three regional and two national - two in the North West (Manchester and Lancaster), one in Leeds and two in Glasgow. We've had themes of the Bible, Vocation, Welcoming, Grace and Unity. Each time students have come together, prayed, talked, learned, shared, ate and led the movement that is SCM. Last weekend was Movement 2018: Gifts of Grace and it like the others had all those aspects - and the AGM where new trustees were elected, reports given and the new strategy explored.

Compared to most of the previous events I had very little responsibility in the run up and during the event. I had arranged the staff accomodation, I took photos, composed some tweets and made sure the washing up was done correctly. My other main role was to drive students from Lancaster to Glasgow (and back) in a brand new hire car. Other than that I got to chat with students, did my part in the staff report and chopped cucumber for Saturday lunch.

There will be other reports and blogs as well as all the social media that went out over the weekend, so watch this space for more detail about what the weekend actually entailed.

In our weekly SCM Staff team meeting we have to share three things we have been up to, and this week all I could think of was Glasgow! While it isn't actually the case, it isn't all that different from the previous diary blog. It is interesting sometimes my job is completely different every week and other times repetition quickly sets in. The pattern of the monthly Green Challenges has slotted into my role well. Similarly the packing and unpacking of my stuff with moving offices a fortnight ago was repeated today as I had to pack up for my new desk arriving tomorrow. So not much to report here!

The train count continues with 18 so far in February taking my total to 1014.

I am always grateful for those of you who support the North West's Work either financially  or through prayer.

The latest prayer points are:

If you would like to keep in touch or want a visit please do email me.

A New Partnership: Iona Community and SCM
Why You Should Stand for General Council
SCM Statement on Nuclear Weapons