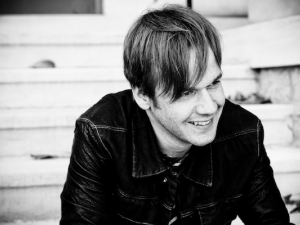 Is there anything specific to the university experience that young Christians should take advantage of to deepen, stretch, or question their faith?

For me, that is the university experience at its best. It’s the place where ideological, political, cultural – any position you come from, it’s the place where you can interrogate it. University at its worse is a place that is in service to ideology. Christian universities, at their worst, can often simply propagate already existing beliefs, almost like an apologetics. But also at secular universities, you can have departments that really just want to create good employees and good citizens: people who will not really question the cultural, political, and religious backgrounds that they come from, but actually justify them. At worst, universities become the place of rationalisation. But at its best, the university experience is one that is not in service of the dominant ideology but invites us to be tricksters for our faith. The mythology of the trickster is one I really like: the figure who plays with the gods and challenges their systems, not out of a hatred but out of a love.

SCM, through the Faith in Action project in collaboration with Project Bonhoeffer, has been introducing students to the practice of theological reflection. How have you found the task of creating space for reflection?

That’s a real passion of mine. I did my education in philosophy and found the reflective process deeply powerful. I see it also as being deeply connected with activism. If we don’t think critically, we often end up trying to do good but just making a mess. There’s this really interesting place between reflection and action… I mean, Bonhoeffer is a great example of that! He thought deeply and critically, and he acted courageously. I’m a big fan especially of Bonhoeffer’s very last work, Letters and Papers from Prison, which influenced my own thinking. I think he’s dramatically rethinking Christianity at a fundamental level in the midst of being in prison for his actions, for his attempt to assassinate Hitler and bring an early end to the war. I don’t know if I actually answered that question too well; I kind of got taken up with Bonhoeffer!

Your Evangelism Project seems to be a provocative alteration to the great commission. Could you explain the project and the effect you hope it has on participants?

The Evangelism Project is one of a number of what I call ‘de-centering practices’. And they’re de-centering practices because they’re designed to get us to open up to other ideas, other perspectives; to enter into self-critique. In this one, we go out to be evangelised by other communities. The idea is that we let them speak on what they believe, tell us what they do, and we witness it. But the evangelism doesn’t happen at that point. The evangelism happens when we say to the other, ‘What do I look like to you?’ The idea is that we need the other person in order to see ourselves. We’re like a factory that creates products, and we don’t realise that we’re creating pollution, but we are! And we need someone else who’s being damaged by that pollution to say, ‘Listen, this is what you’re doing,’ so that we can quickly change our practices. So the Evangelism Project is about us being evangelised, us needing the Good News. The idea is not that I’ve got some Good News to share but, rather, you might be the instrument of my salvation. I see this as central to Christianity. In the conversion of Paul, which is the paradigm conversion, he realises that the group he’s persecuting is the site of salvation, the site of God. As he’s then able to embrace the persecuted group, he’s transformed. This is what we need to continually be doing. The Evangelism Project, for me, is the great commission.

As a storyteller, what do you find encouraging?

The reason why I use storytelling and think it’s so important is that we cannot be confronted directly with truth, with the deepest parts of ourselves. So humour, storytelling, parables, and poetry: they go indirectly so that they can go more directly. Oscar Wilde said, ‘If you want to tell people the truth, make them laugh, otherwise they'll kill you.’ That’s why I’m encouraged about storytelling. It can disarm us and help us see things that we might otherwise try to protect ourselves from at all costs. Funnily enough, I think the most powerful parts of ourselves can’t be captured in narratives or discourse. However, what stories do is revolve around the most important things; they point to them, they’re signs, they’re statues created in the aftermath of the most important experiences in our lives.

Your next book, The Divine Magician, is due out in October. What can we expect?

I use the analogy of a magic trick to describe what I think is the heart of Christianity. In a standard magic trick, you have three parts: the pledge (which is like a coin, for example), the turn (which is the disappearance of the coin), and the prestige (which is the return of the coin). And by the way, you never get the same coin back; it’s always a different coin. In the same way, I’m saying that Christianity has an object, which is the idol, the sacred object, the thing that will make you happy, what Bonhoeffer called the deus ex machina. Then there is the turn, the disappearance – it’s like in the temple when the curtain is torn back. Just like with a magician, you tear the curtain back and the object is gone, that sacred object you think will make you whole and complete. So that’s what I’m arguing for in the temple: the curtain is taken back and God, the holy of holies, is not there. But then the last part of the trick is the prestige. So you lose the sacred object, but I argue that you get back the idea of the sacred as a depth dimension in all objects. Now God is in the midst. God is in the depth of being. God is not an object that you love, but is found in the experience of love itself.

This interview has been cross-posted from Movement magazine issue 147. Pete will be giving the keynote address at PCN's joint conference with SCM November 14-16, 'Godly Mayhem'. Discounts are available for students. More details here.

Tags:
University
Student
Deepening Faith
< Back to all blogs