Searching for Truth in a sea of doubt 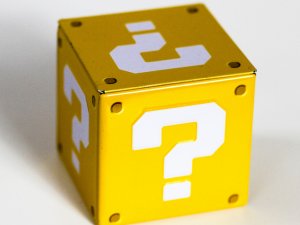 Q: Have you ever experienced doubt in your faith?

There was probably a time when I was younger, when I was certain of what I thought and confident I was right. I guess I thought that was faith. Going to university changed things. University is a place that fosters this culture where you’re hyper critical of everything. Eventually I began to question what right I had to think I was right about these big questions, about the reality of the world and the purpose of life.

The world is so diverse, and I couldn’t dismiss other people’s experience of faith so easily. So I started to hold my faith a lot more lightly. Now my position is this: I know what I believe, but I don’t necessarily trust that I’m right. So I am much more open to hear what other people have to say.

Q: Do you believe there is certainty and ‘truth’ out there?

Q: How much of that truth have we seen as Christians? Are there core truths that you can categorically say are part of your faith?

I’m sure I believe that God sent Jesus because he loved the world so much. And Jesus died for the sins of the world so that we can have a relationship with God.

I believe that with all my heart.

That’s central to my identity and hope, and the purpose of my life. But I’m aware that I’ve come to that position from a family that’s believed it for generations, from a lifestyle of going to church every week of my life. I’ve surrounded myself with people that agree with me. I’m conscious of the fact that though I hold onto this faith, I want to continue questioning and challenging it, by meeting people who disagree with me, by reading stuff that might challenge me.

Q: So when you speak to someone you disagree with – and they end up influencing your beliefs – does the truth get blurrier or clearer in that situation? Are you not fearful that all we’ll end up doing is doubting our own beliefs until there’s no truth left?

I think it becomes clearer. The first time I went down this thought process was when I spoke to some Mormons a few years ago (I was 16). I decided to chat with them, we talked about the things we agreed on, things we disagreed on. I didn’t feel very comfortable trying to convince them, because what did I know? Nor did I feel comfortable blindly adopting what they believed. What we can do is share our views and try to work together towards the truth.

So within these conversations it might not be the case that there’s more clarity, but there’s more recognition of each other’s humanity, our incapacity to know what’s right.

Q: There’s a certain truth to the idea that God made us to have questions – part of our nature, indeed in God’s image, is to have a sense of searching and longing.

It’s beautiful that God made us with the incapacity to completely understand God fully – because that’s central to God’s nature. It’s the fact that God is so beyond what we can comprehend. There’s no surprise that we doubt, that we disagree with people.

In the context of suffering, the question is: do we have any hope that things well get better? So for instance, the faith of God has meant various things to me throughout my life, but rarely has it meant anything to do with suffering because I’ve never really had to suffer. Since I’ve moved to London, I’ve been trying to get to know some people in need. And I’ve realised that faith in God means so much to those people. Is faith in God really going to change the world? I realise that when all else falls apart, it is hope in faith that stands up.

I don’t think I’ve got it right, but it means finding out. Which means go places, talk to people, do things you’ve never done. Rather than just surrendering to nihilism.

Q: What does it mean to be a follower of Jesus – to be a disciple?

To follow Jesus means to put your hope in what he said. It means to say, I’m hunting for answers, and what Jesus did and said seems to be the answer. It’s fair to say that Jesus proved himself through miraculous power, he showed that he was supernatural by doing supernatural stuff. If Jesus rose from the dead, that means life changing stuff. For me to say, I’m convinced of this message, of this community and hope, that changes my life.

You can find Stephen blogging on the issue of food waste and recycling on the Faith in Action blog page.