Seeking the Common Good After Brexit 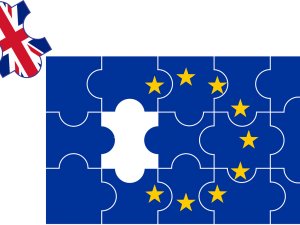 On Thursday 23 June 2016 the UK collectively voted to impoverish ourselves economically, humiliate ourselves politically and pull up the drawbridge on the problems facing Europe. The sense of loss and grief is real and painful for many of us, but it is not universal. The more you gained from being part of the Union, the more you felt the loss. For many people though, the links are not that obvious and certainly not missed. Those on lower incomes have not shared in the riches and benefits that the middle classes have enjoyed by being part of the European club. This is not to say that working people have not gained from EU membership, far from it, but in terms of housing, public services, quality of life, many have felt left behind.

This has been a kick out against the establishment, and like most violence, it is inevitably self-destructive. The roots of this disintegration of British society go back to the increasing gap between rich and poor exacerbated by the Neo-liberalism of the Thatcher years, but cannot be blamed entirely on the Conservatives. The Blair Labour governments ended with a greater divide between the rich and poor than even Thatcher could muster up. The recent Tory/Lib Dem austerity programme begun in 2010 have made things even more desperate.

And for us as Christians, the kingdom of God is the only one we should be concerned with. I don’t care about notions of ‘Great’ Britain. Faith invites us to a universalism that should first and foremost concern us with the common good of the earth and all of creation.

And it is to the ‘kingdom of God’ that we must unite behind in our response to this crisis. It means as Christians we cannot throw our hands up in despair, but actually begin to work out what we can do to improve the lives of everyone in our society, and engage far more in international solidarity. Before we can do this we need to stop and pray. Yes, we need to lift this beyond our own grief and remember how to pray. We need to read our bibles more. This painful story is revealed over and over again in our scriptures. People mess up. People hurt each other. When Jesus comes to say ‘For God’s sake, just love each other more and forgive each other more and learn to heal, share and care’ he is betrayed by his friends, turned on by the crowds and butchered by the military and political elite.

If you felt wounded by the EU vote, or by the murder of Jo Cox, or by the shootings in Orlando, or the murder of millions in Syria and Iraq, or by the daily death of tens of thousands of children through poverty – then you have been touched by the Crucifixion of Goodness on a Friday.

But crucifixion is not the end. We believe in resurrection. We know that Jesus is still with us. We still belong to the kingdom of God – working each day for justice, love, peace. That daily struggle is the reason Jesus gave us a daily prayer. Let us say that prayer. Let us listen to those words, let them seep into our souls. Then we get up and do what we have always had to do. Love, heal, care. Every time we embrace the refugee, shop for the elderly, listen to the lonely, challenge inequality, build a place where people can be friends and laugh together, this is when we are living in the kingdom of God.

Let people know they are loved, not just your friends, not just the people who voted the same way as you. Everybody.

Written by Revd Chris Howson, chaplain to the University of Sunderland.

Tags:
Brexit
Politics
< Back to all blogs