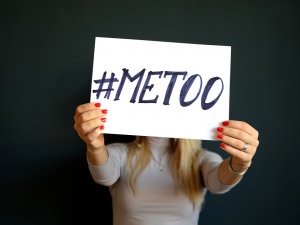 Starting on Tuesday this week, there has been a new hashtag trending on Twitter. Following on from the viral #metoo hashtag on social media about the prevalence of sexual assault and abuse, #churchtoo has now appeared in the world of the internet to call out sexual predators and abusers within the church.

From an early age, I was taught that being ‘Christian’ was synonymous with being compassionate and kind. ‘That’s not very Christian’, my mum would say when I was a child, and sometimes still does! I think that my mum has a really lovely high ideal of what it is to be a Christian, and there’s nothing wrong with that. However, as I’ve got older, and especially since I came out as gay in my 20s, I have come to realise that Christians are sometimes not very kind at all. Not only are they capable of lacking in compassion just as much as anyone else in the general populace, but in some cases and towards certain groups of people, they seem to sometimes be even more unkind.

A few years back, I was good friends with a Baptist minister who told me that- before strict safeguarding came in in churches- she had dealt with no less than three cases of paedophiles preying on children. It is horrendous how much sexual abuse has gone on in our churches, and I am of the opinion that it is not at all just a coincidence that there is so much of it in Christian places of worship. I think there are two important reasons why it is so prevalent.

As I mentioned in the above paragraph, churches have not always had strong safeguarding practices in place and have only recently begun to see safeguarding as important. I think this is partly due to the idea (going back to my mum) that Christians are automatically good people and ‘would never do things like that’. Our naïve belief that Christians don’t do bad things has ironically led to the terrible abuse of women, children and vulnerable minorities in our churches.

The other reason I think there has been and still is so much abuse in churches is bad theology. There are too many churches who encourage a culture of either a) headship theology, where men get away with abusing women and children because they are in charge at all costs (I know people personally who have been abused due to this theology), or b) a theology which places priests on a pedestal where they cannot be questioned- the ‘Father knows best’ culture. Both of these types of theology are downright dangerous to women and vulnerable people. They have led to congregations turning a blind eye to men who physically or sexually abuse women in order to dominate them, and they have led to priests being moved from one parish to another instead of struck off and/or imprisoned for their sexual crimes.

Sadly, there are some Christians- including the nominally ‘Christian’ right-wing tabloid press- who simultaneously dismiss the experience of women when they have been abused and the create false moral panic about how trans women might be a danger to children and also might be predators out to abuse people in women’s toilets and prisons. It is not of interest to these papers that there is absolutely zero basis for those fears except their own prejudice. The sad irony is that it is in fact trans women who are among some of the people whose lives are most at risk in the world, which just makes this kind of bullying of trans people even worse.

Of course, I really do believe in my mum’s high ideals for Christians of love and compassion. I believe that we are not just called to recite some words about what we believe, but to put our beliefs into action by following Jesus. And following Jesus means imitating him: when he stops the moralistic religious zealots stoning a woman (John 8.1-11), places the outcast at the top of the table (Luke 14.1-14), and goes out of his way to speak to all the people shunned by society (John 4). Who are the people nowadays that our society shames, abuses and casts out? We as Christians need to always be on the side of the oppressed and not on the side of the bullies.

Ruth Wilde is the SCM Faith in Action Project Worker.

Tags:
Faith in Action
Christianity
< Back to all blogs