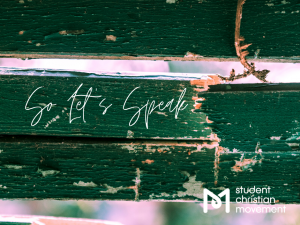 The 1910 World Missionary Conference is often mistakenly pinpointed as the beginning of the ecumenical movement. Despite the fact that the conference wasn’t particularly denominationally representative itself, the gathering did inspire an influx of ecumenical energy and initative, facilitated through the creation of the International Missionary Council, the Faith and Order Commission and Life and Work. The tagline that inspired the conference, 'The Evangelization of the World in this Generation,’ demonstrates their priority of God’s mission over denominational allegiance or class belonging, building bridges between previously hostile churches - especially Anglicans and non-conformists. But the 1910 World Missionary Conference would not have been possible without the vision that SCM inspired. The influence of young people, especially through the Student Christian Movement, towards ecumenical theology and missiology is unprecedented. The sub-title of Robin Boyd’s history of the SCM encapsulates this, ‘Church ahead of the Church.’

Additionally, the holistic ecumencial consciousness created by SCM, prompting the movement to drop its tagline due to imperialistic connotations as early as 1922, allowed A. Hastings in his A History of English Christianity to proclaim that the SCM ‘decisively forged’ the ecumenical future of Britain. The most important paradigm shift present in ecumenical and mission theology reached its climax at the 1968 World Council of Churches (WCC) Assembly in Uppsala. Young people and women, who felt marginalised by the WCC structure, protested at this assembly and enabled the theological change from seeing mission as the responsibility of the church to the responsibility held equally by all God’s people. This move from 'God-Church-World' to 'God-World-Church' ascended the voices and roles of the marginalised, including those undermined newer churches present in the Global South. The influence of the youth during the 60’s was incredibly important for inspiring this change.

My final example comes courtesy of the few youth delegates present at the Edinburgh 2010 Centenary Conference, which was an incredibly diverse gathering. A young delegate bravely questioned the communally created ‘Common Call’ document, which only had provisions for two genders. Her question was largely dismissed by the adults in the conference but met with applause from the youth, and inspired other delegates present to research the issue (learnt from interviews conducted for my MTh dissertation). Our voices are needed, and unfortunately, are needed desparately even now.

A few weeks ago, Churches Together England (CTE), the national ecumenical body formed of 49 denominations, announced that the Fourth Presidency Group nominee, Hannah Womack, a young Quaker, had been denied her seat because she is married to a woman. The Society of Friends refused to nominate another person, and it was decided by CTE that the seat will remain empty ‘as a symbol of the work still to be done to find unity'. This is an unacceptable prejudice towards the LGBTQ+ community. Refusing Hannah her elected seat not only prevents the voice of the LGBTQ+ community but also denies her place in the Body of Christ (keep an eye out for my article in Reform Magazine next February for more on this!)

In addition to the injustice shown to the marginalised, this action has also transported CTE back to the 60’s. The reasoning for this Presidency decision came from the need to keep denominations that have a traditionally conservative view towards marriage in the body of CTE. CTE prioritised ecclesiastical diversity rather than lived diversity- seeing that having the Roman Catholic Church and Pentecostal denominations included was more important than including the subaltern voices we have been fighting to represent for generations. The advancements that have been pushed by, and in turn have empowered, many young people, have been pushed aside.

The prioritising of one theological position over another for the sake of unity does not make sense in a context where the purpose of CTE is to facilitate, support and resource ecumenical advancements in England; It asks for no theological commitment and cannot make decisions on behalf of the individual members. By denying Hannah’s seat, the body of CTE has failed to accept the theology of the Quaker community. It is with extreme admiration I add that the Quaker community has decided to stay a member of the CTE - but what does that membership now mean if their theology can be overridden as insignificant?

Whereas denominations who hold a prejudice against the LGBTQ community can take their seat and proclaim this at the table, those who are the victim of that prejudice are denied their opportunity to stand against it. The empty seat represents the CTE’s prioritising of keeping institutionalised church structures rather than enabling fuller Christian diversity. This isn’t very Missio Dei - God is no more likely to be found in a Roman Catholic Priest than Hannah. The CTE strapline is, "One in Christ Jesus, engaged in God’s mission, empowered by the Spirit". They claim that it is ‘every generation's responsibility’ to do the work of Missio Dei, and haveeven recently prioritised listening to the voices of young people. So let’s speak.