Sorting the Fact from the Fiction 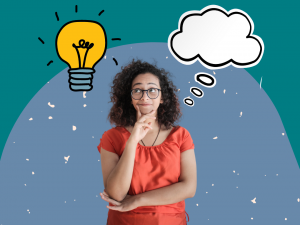 In her opening speech for the second reading of the Nationality and Borders Bill, Home Secretary Priti Patel claimed, among other things, that the British public are tired of open borders, economic migrants posing as genuine refugees, and failed asylum seekers costing the tax payer thousands of pounds a year.
These are bold claims. Although they may be true, such negative attitudes towards refugees and those seeking asylum is often down to the fact that the general public is misinformed about the UK’s asylum system. Speeches such as this, in which economic migrants and refugees are conflated together and phrases such as ‘illegal entry’ and ‘failed asylum seeker’ are used to demonise those seeking safety in the UK do not help to challenge the misconceptions many people have. If anything, they just reinforce long-standing myths. This is why, in this blog, we aim to sort the fact from the fiction about refugees and those seeking asylum in the UK.

The difference between a refugee, asylum seeker (person seeking asylum) and a migrant

One of the most confusing and misleading problems when talking about our asylum system is the terminology – with the terms refugee, asylum seeker (or person seeking asylum) and migrant being used interchangeably, as if they refer to the same thing. This isn’t true, rather each of these terms has a specific meaning.

Refugee: The United Nations Convention Relating to the Status of Refugees defines a refugee as:

In the UK, refugee status is granted when the government agrees that a person seeking asylum meets this definition.

Asylum seeker (person seeking asylum): In the UK, an asylum seeker or a person seeking asylum (which is the preferred term by many refugee and asylum organisations, as it focuses on an individual’s humanity, rather than their status) is someone who is applying for, but has not yet been granted, refugee status. Those seeking asylum are doing so on the basis that they would be in danger if they continued to live in their home country, as their government would either be unable or unwilling to protect them.

There is no such thing as an illegal asylum seeker and everyone shares the legal right to seek asylum. Even when someone’s asylum claim is rejected this does not mean they have done anything wrong, nor does it mean they are not in genuine danger. It just means they have been unable to provide enough evidence to meet the strict criteria to prove the need for protection. Those whose asylum claims are denied also have the right to challenge the decision and make a fresh claim.

Migrant: A migrant is someone who moves to another country for other reasons, such as to work or study.

Now we have cleared up the terminology, lets address some of the common misconceptions about refugees and people seeking asylum – by sorting the fact from the fiction.

Myth: People must claim asylum in the first safe country they enter.
Reality:  There is nothing in the 1951 Refugee Convection, nor in international law, that stipulates this. In fact, the UN Refugee Agency have criticised the UK Government for using this claim in defence of why the Nationality and Borders Bill is needed.
Myth: The UK takes more refugees than anywhere else
Reality: Most of the world’s refugees reside in the countries neighbouring the place they came from, with Turkey hosting the largest number of refugees in the world. Even compared to other countries in Europe, the number of asylum claims in the UK tend to be relatively low. For example, according to Refugee Action there were 31,752 asylum applications in 2020, compared to more than 129,480 in France, 155,295 in Germany, 128,520 in Spain and 81,465 in Greece.
Myth: It is easy to claim asylum and be granted refugee status in the UK
Reality: The UK’s asylum system is actually very strict and it is difficult for people seeking asylum to provide the required evidence to be able to gain refugee status. The decision-making process is also very tough and lengthy, it can take longer than six months for a decision to be made and this often ends in a rejection.
Myth: People seek asylum in the UK in order to claim benefits
Reality: Those seeking asylum are not allowed to claim mainstream benefits, are housed in ‘hard to let’ properties that are not fit to be rented out to UK nationals, and most have just £5.66 per day to cover almost all their needs, including food, clothing, transport and medicine. This means that most of those seeking asylum are living 70% below the poverty line.
Myth: Those seeking asylum take jobs from British workers
Reality: Those seeking asylum in the UK are banned from working. Those who have been waiting for over a year for a decision on their claim can apply for permission to work – but only if they are qualified for jobs on the Government’s ‘Shortage Occupation List’, a niche list that includes specialised roles such as classical ballet dancer.

Myth: Those who have applied for asylum in the UK are automatically safe

Reality: Besides the psychological trauma from fleeing their homes, the destitution experienced by those seeking asylum makes them easy targets for criminal networks and forced labour, while women are at increased risk of sexual violence.  Besides this, those seeking asylum may be held in detention centres for extended periods of time, are five times more likely than the general population to struggle with a mental health need (including suffering with conditions such as PTSD) and the negative perception caused by the media and the political rhetoric around refugees and those seeking asylum puts them at increased risk of experiencing horrific violence and racist abuse.

Myth: The majority of refugees worldwide are adults.

Reality: According to Separated Child half of the world’s refugees are younger than eighteen and the UK had highest number of asylum applications from separated children in Europe in 2019.

Refugees and those seeking asylum contribute positively to the UK

Despite the negative perception, refugees and those who seek asylum in the UK make a positive contributions to the UK.
Many of those who have come to the UK as refugees have done incredible things, including designing the Mini, founding Marks and Spencer’s, becoming Archbishop of York, winning various Nobel Prizes (including the Nobel Prize for Literature in 2021!) and many more inspiring things.
Our lives, our communities and our society have been made better by the contributions of refugees and those seeking asylum in the UK. As such, we urge you to challenge the narrative that we are tired of refugee and those seeking asylum coming to the UK. Join us in showing politicians and decision makers that what we are tired of is the persecution and demonisation of some of the most vulnerable in our society – who very often go on to make incredible contributions to the UK.