The Strength to Remain (A Blog for Black History Month) 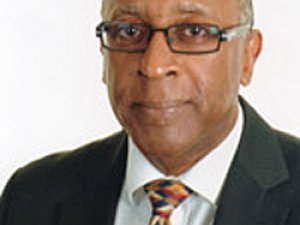 Another black history month almost ends and it is still a good thing to honour and discover black historical figures that have been whitewashed from history pages. Though erased, they contributed to earth’s development. Although an excellent endeavour, black people have bigger fish to fry. Reflecting on black life in the USA momentarily, and the UK, I am reminded of the two gangs that black people should avoid like the plague. That is, the penal system and the psychiatric system. Both gangs are life terminators for black people. In my previous work where life is paralysed I refer to it as existential crucifixion, where one remains alive, but one’s potential is ‘cut dead.’[1]

Reading Michelle Alexander’s, ‘The New Jim Crow,’ one is confronted with the mass incarceration of African American men. At present, there are more African American men in the penal system than were on the plantations in 1850.[2] Once released, life remains horrendous with minimal access to housing, education, employment and welfare and if they do not have a supportive family, a return to the cells is almost inevitable.[3]

Given British stoicism, one is never sure how things are in the UK. Many are aware of how the media can at times manipulate figures and information in an attempt to hide the grimness on these ‘green and pleasant lands.’[4] As one speaker in a recent conference suggested that statically, the number of black men incarcerated in British prison is worse than in the States.[5]

The other infamous British gang is the psychiatric system that has, in the name of mental wellbeing, often been unkind to the lives of black people and other marginalised groups. Like the penal system, the psychiatric system is regulated by laws that reinforce the powers of those in authority. This enables them to keep their respective victims physically and pharmaceutically straitjacketed.

Several years ago, I recall reading that the nature and effect of anti-psychotic drugs on Caribbean men had severe harmful side effects.[6] With over twenty years of research and knowing the facts, pharmaceutical development has hardly improved for marginalised patients suffering with mental illness.[7]

We do not live in utopia. People will commit crime, do wrong things and with the continual increasing pressures of daily living there will be people who struggle with living. Recent figures and information in the media about the increase of anxiety and depression proves my point. Is there a way forward for youth in general, but black youth in particular to minimise confrontation with these gangs? I believe so. First, many people are aware of the power of community and gathering together with people with similar aims can achieve much. Second, there is power in small groups of people gathering to achieve much. For example, the story of three black doctors in America, who, as teenagers, made a pact with each other to go to college, graduate and become medical doctors.[8] They did. Fourth, our ancestors knew that the way out of poverty was through education. Fifth, find a role model or mentor. Not a television celebrity or someone you cannot see on a daily basis, but people who live on your doorstep. Churches and our communities have many role models. You do not have to go that far. Sixth, find someone in whom you make yourself accountable to in order to develop. Seventh, develop a love of reading, or if you find reading difficult, develop a love of words. That is what Malcolm X did. Words are powerful. When skilfully used, potent.

As I close, I recall the poignant words of Naim Akbar, an African American clinical psychologist asks, with all that we have gone through, why are we still here?[9] In Black History Month, we learn about our black ancestors, their lessons of strategy, survival, resilience and thriving in unfavourable environments. Yet, they succeeded, and because of them black people survived.  It is clear that an equal and just society will not happen any time soon so what will you do to ensure the thriving of successive black generations as our ancestors paved the way for us?

Delroy is a Bishop in the Church of God of Prophecy. Find out more about Black History Month here.