Students in Scotland Welcome Equal Marriage Vote in the SEC 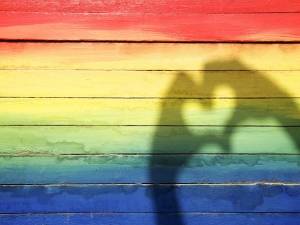 Students in Scotland have welcomed the recent vote by the Scottish Episcopal Church (SEC) in favour of equal marriage.

The vote – held on 8 June – amends Canon law 31, removing the clause that marriage is between a man and woman. The motion includes a conscience clause, which means clergy who do not wish to conduct same sex marriages will not be compelled to do so.

It passed by a two thirds majority in all three houses of the SEC’s General Synod, which includes the houses of Laity, Clergy, and Bishops. For the first time, same sex couples will be allowed to be married in SEC churches, with the first weddings taking place around autumn of this year.

The result prompted jubilation, as campaigners for equal marriage celebrated the outcome of what has been a long discussion within the church.

‘This is a huge victory for LGBT rights in Scotland. The Scottish Episcopal Church have demonstrated exemplary dialogue throughout this process, and we hope this is a watershed for LGBT inclusion in UK churches. Our prayers go out to all LGBT Christians who have been hurt by the Episcopal Church in the past, and we hope this may be a turning point for healing and reconciliation.’

‘I am very happy with the result of this vote which will further progress the full inclusion of Queer people within the SEC. This is a significant milestone for those who have spent so long campaigning for equal marriage. I congratulate Synod on their decision, while recognizing that there is still much work to be done with regards to full LGBTQIA+ inclusion within the SEC and the Church nationwide.’