The Theology of Story: Part Two 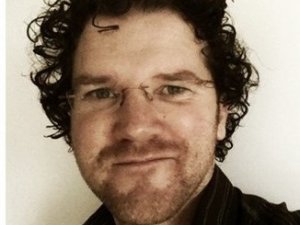 The relationship between storytellers and the stories they tell is one that has evoked much reflection. The American poet Robert Frost said that, ‘in order to be universal, you must be parochial.’ He, popular poet with a worldwide audience, was noting that if one is to speak widely to the state of the world, then one must be able to speak with the vernacular of a village. For Frost, this is not the lessening of intellectual rigour; rather, it is the proof of intellectual rigour. This adage has gone beyond poetry: Paul Ricoeur, when speaking of the person as the foundational carrier of story, quotes Antoin Boison who spoke of ‘living human document’. Elizabeth Bowen notes that, ‘to turn from everything to one face is to find oneself face to face with everything’ and Arundhati Roy, in her essay ‘Come September’, said, ‘Writers imagine that they cull stories from the world. I’m beginning to believe that vanity makes them think so. That it’s actually the other way around. Stories cull writers from the world. Stories reveal themselves to us. The public narrative, the private narrative—they colonize us. They commission us. They insist on being told.’

Story is also more than an indication of the way things are. Story can carve borders, and these borders may be anything from open to hostile. In this way, story is an indication of the way we are - and it may be that stories must change as we discover that we are more than what we thought.  What is delicious is that this phrase, ‘we do not tell stories as they are; we tell them as we are’, is difficult to source. The story about it is bigger than the story of it. Anaïs Nin is attributed with it, as is the Hebrew Talmud; it seems the insight has the unique value of belonging to a story bigger than any author.

Stephen Crites calls powerful stories ‘sacred stories’, not because gods are created or celebrated in them but because ‘humanity’s sense of self and worth is created through them.’ He writes that we awake to find ourselves surrounded by the impact, possibilities, and limitations of a story - and that this story will privilege some and disenfranchise others. These stories lie deep in a society’s collective subconscious and as such can be an attempt to describe the wide possibilities of a society and to pathologize those seen as the transgressors of those same stories. There is, then, a foundational responsibility in the telling of and listening to stories. Stories can enlighten and imprison, they can privilege and prejudice, and can create and confine.

When I was a school chaplain, I led Ignatian reflections everyday. In these reflections, children would imagine themselves going on a walk and on this walk they would meet Jesus. ‘Hello,’ he would say, and then he’d say their name. They’d walk and they could say anything they wanted, and they were asked to listen to anything their imagination might suggest by way of an answer. One boy, who was eleven, once told me that when Jesus said hello to him, this boy - magnificent in his own eleven-year-old integrity - replied, ‘How do I know you are who you say you are?’

Before I tell you what Jesus replied, let us take a moment. What a joyous moment. The truth telling and truth asking of un-self-conscious consciousness. I hope that I can pray with such fierce conviction.

‘What did he answer?’ I asked. ‘He looked at me and he told me the story of my life,’ the boy said. I looked at the boy in wonder and astonishment. I could not burden the ease of his encounter with the weight of age and aching.  ‘Can I colour the religion book now?’ the boy asked. ‘Of course,’ I said. The Theology of Story.