Truth, democracy and the EU Referendum 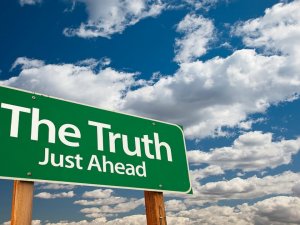 There’s been a lot of talk about democracy recently, with regard to the upcoming EU referendum. The Leave side have used it as a big argument against the European Union, saying that the EU is unaccountable and undemocratic. The Remain side have largely ignored the issue, preferring to focus on the effects of Brexit on jobs and the economy.

However, maybe Remain could have argued back on this point more. The EU is far from perfect and needs to be far more accountable and democratic, but our own country is just as bad if not worse. It could be argued that the EU is more democratic than the UK (EU lawmakers are entirely elected, ours are not). It could also be argued that it is debatable how democratic a referendum really is if people do not have access to truth.

The Independent recently shared a survey of the British people which showed that the public are wrong about nearly everything to do with the EU. This is directly due to the untruths that certain parts of the media have been telling for years. Can you really have democracy if people are ignorant about facts? Can you really say that a decision made in a referendum is democratic if the media is allowed to be deceitful? I would argue that, in this case, democracy is just a sham. Our government has had opportunities to regulate the press and bring it into line by setting up an independent regulating body following the Leveson inquiry, but instead has allowed it to carry on regulating itself.

This country is broadly democratic, and as such has a far more accountable government than many places in the world, but we are still fighting for better democracy on several fronts: the House of Lords is still entirely unelected; our first-past-the-post system means that governments can have complete control of a country on a fairly small minority of the vote; corporations pull strings behind the scenes, as in all capitalist countries; and the British press (especially the tabloids, most of which are owned by a very wealthy few) is far too powerful. This can be seen in the fact that the Sun has been on the winning side of all elections since 1979.

As Christians, we should witness to the truth, just as Jesus did. Whichever side we choose in the referendum, we should make sure we promote truth and honesty above all things. If people have truth taken from them, they are once more being disenfranchised. Jesus said of himself: ‘For this I was born, and for this I came into the world, to testify to the truth. Everyone who belongs to the truth listens to my voice’ (John 18:37). Jesus told the truth no matter what the consequences, and his prophetic criticism of authority led him to his death. Integrity can be a difficult thing to have sometimes, but it is something we are all called to. We have a duty to educate ourselves and promote truth-telling in our society. The truth alone will set people free (John 8:32). Make sure you encourage everyone to check the facts on the EU Referendum before voting next Thursday. Here's a simple website that helps you do that: fullfact.org/europe