The Vulnerability of Lent 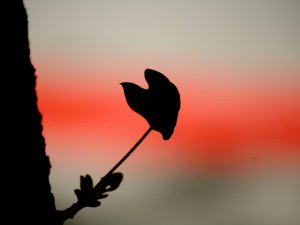 I’ve lost count of the number of times in the last few weeks that I’ve loudly proclaimed that Lent is my favourite liturgical season. This tends to get a variety of responses; “is that because of all the purple?” being my favourite. The comment on Lent that has most struck me, however, was a line from a sermon during the Week of Prayer for Christian Unity. “Lent is about guilt.”

“Lent is about guilt,” I heard. And yet, this seems so far from the mark to me.  Lent is not about hiding from the altar, covering ourselves in our guilt and focusing on sin and shame. Rather, it reminds us that amidst all of our brokenness, we are loved by a God who became human and incarnate, a God who shares in our vulnerability and who takes on that brokenness. While guilt makes us build walls and put up barriers, barriers which impede our ability to fully enter into relationships with God and with others, vulnerability rips these walls down, block by block.

Being vulnerable is an incredibly difficult thing to do. It requires an openness and an honesty with ourselves, with others and with God. That can be a painful process; the process of becoming who we authentically are often means being ripped from the comfort of our lives, and in so doing, we can open up wounds and come across things which we would perhaps rather remain uncovered and unconfronted. These may be the fear of not being good enough to succeed in your chosen careers or at university, revealing a hitherto hidden aspect of your personal identity to loved ones, admitting to struggles with addiction or mental illness or a whole host of other problems many of us come up against on a daily basis.

The Simon & Garfunkel song ‘I am a Rock’ is something I have listened to on repeat more times than I’d like to admit. It speaks of building impenetrable walls, a protection from hurt at the hands of others. Hiding in a fortress often feels like the safest way of preventing ourselves from pain; whether that’s the pain of being rejected by those we hold dear, or falling short of our own standards. Becoming an ‘island’ and withdrawing often feels like the best way to hide from our vulnerabilities. Instead, it stops us from confronting the things that plague us.

In Lent, we can break down these walls that keep us tied down. By following Jesus into the desert, we can find that space to be vulnerable in between the joy of Christmas and of Easter. Both are linked by the vulnerability of the God who comes down from heaven to earth, who took human form and who bore wounds in his side to stand alongside us in our own pain and our own struggles.