Who Brings About Change?

On 27 January I was lucky enough to participate in a meeting organised by Ruth Wilde from SCM for students from both the Methodist and Catholic societies to meet with Gisela Stuart MP to discuss the issue of food poverty.

It was initially a rather surreal experience to directly discuss issues face to face with an MP who, in the wake of Brexit, had risen to such prominence. We were very grateful that she had taken the time to talk.

Ms Stuart started by recounting her experience of visiting local food-banks and we touched on the central issue that benefit sanctions were the primary reason for the use of foodbanks. This is known to anyone who helps with a foodbank or who has read The Joint Public Issues Team’s report on benefit sanctions or has seen Ken Loach’s film, I Daniel Blake. We questioned Ms Stuart with regard to what is achievable in tackling the injustices of benefit sanctions. Initially she said that it was an issue of bureaucratic inefficiency which is simple enough to remedy. We suggested that this inefficiency was in fact deliberate and ideological in nature and required more of a concerted political effort to challenge. She agreed and said that she had some hope due to the ‘pettiness’ of the sanctions.

In talking about benefit sanctions, it was striking that she, as an MP, confessed to being largely unable to affect change in this area. She did however, suggest two ways in which the issue could gain momentum. Firstly, ‘the most powerful thing’, according to Ms Stuart, is the MP giving an account in parliament of problems in their constituencies regarding benefit sanctions and food poverty. Personal stories are a powerful tool to shape the debate. Secondly, she suggested that government only changes its mind if it feels pressure from the opposition in the polls. In addition to this point, she argued that the issue of food poverty is ‘not where the political debate is’. She is of course right. In a political climate dominated by Brexit and Trump, food poverty is not an issue that is likely to change opinion polls. However, this raises the issue of the role of political parties in society. Are they there to pander to public opinion, or should they insist on certain principles, such as to ensure that no one in the world’s fifth richest country is starving?

Ms Stuart suggested that we do more as students and societies to raise the profile of the issue, and in doing so, to enable political change to come about. We will certainly commit to this and, with the support of SCM, are in the process of arranging talks with those in the university’s leadership. Ms Stuart has herself committed to raising the idea of the compulsory redistribution of waste food from supermarkets to areas of need, as is already the case in France. The MP praised the work of local churches in her own constituency, such as St Boniface who run a foodbank.

I believe that churches and Christian societies find themselves in a difficult situation. We are caught between a duty of care for the increasing amount of poor people in our society as well as an unwillingness to conveniently fill a vacuum that the state has created. While we cannot abandon care for the most vulnerable, we must also speak prophetically and work towards a society that shares its resources fairly with all. 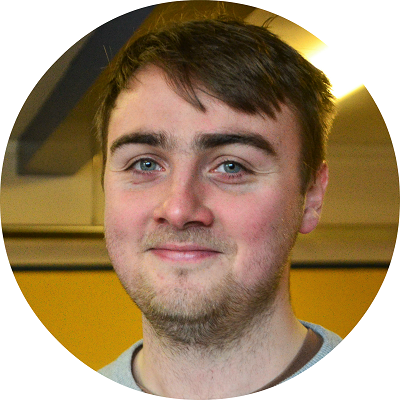 Written by Andrew Topping. Andrew is the Social Action Rep for the Birmingham University Methodist Society, and heads up the society’s Food Exchange initiative to fight food waste. Read more about the project here.

Tags:
Faith in Action
Politics
< Back to all blogs

Loving the Earth
Resolutions for a Better World
So Let's Speak