Why are we campaigning for refugees? 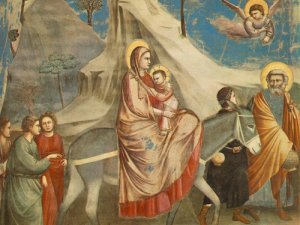 From 2015 to 2017, SCM is joining with Student Action for Refugees (STAR) to focus our campaign work on supporting and advocating for refugee rights. Specifically, we are partnering with STAR on their 'Equal Access' campaign, which aims to secure equal access to higher education for refugees and asylum seekers. You can read more about the campaign here.

So why did we decide to campaign for refugee rights this year?

The reality for refugees

Life is very hard for refugees. They have often fled oppression, war and/or abusive situations in order to come to the UK and are then subject to a very tough and often inhumane asylum system once they are here.

Due to a number of factors (war, instability, climate change, etc), there is now a so-called refugee 'crisis' in Europe. The migration of people over borders into safer countries has been going on for a long time now, and most refugees end up in poor countries and neighbouring countries, but we are suddenly alert to the situation because it is now affecting Western Europe and the European Union.

Over 700,000 people claimed asylum in the European Union in 2015 alone, according to this BBC report.

Facts about asylum in the UK

The Refugee Council dispels these and more of the myths about asylum seekers here.

We believe that asylum and migration is key to the Judeo-Christian story, with the Jewish people fleeing oppression and slavery, and Jesus himself being born as a refugee. Throughout the Old and New Testament, there are clear commands to look after the stranger in a foreign land.

Our faith compels us to embrace those who are coming to this country in search of safety and a normal life for their families. We must be like the Good Samaritan in Jesus' famous parable, and care for those in need.

Tags:
Faith in Action
Refugees
Campaigns
Asylum Seekers
< Back to all blogs