Why the church needs to move beyond growth 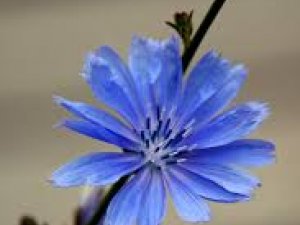 I decided to give up my snobbery and tune into one of the many Christian radio stations available, and found they were doing a live broadcast from a denomination’s annual conference. As I have attended my own denomination’s General Assembly meetings before, I thought that I might know what to expect. This denominational conference was not taking place in just any old hotel but one of the largest venues in the country; its attendance was not counted in the hundreds but in the thousands. I heard the name of the denomination and realised that they had a very different theology and style then the one I find myself in. But then I thought, “well if they are very different and are having such a huge conference, maybe I can learn something new.”

This is where the final twist in the tale comes in. The discussion in the conference was all focused around one word beginning with ‘G’; but it wasn’t ‘God’, it was ‘Growth’ – ‘Church Growth’ to be precise. Exactly the same topic that gets discussed to death whenever my denomination meets!

Now I’m going to suggest something that might seem shocking to a lot of you reading this, but here goes. The ultimate question concerning the fate of the Church that keeps me up at night is not ‘how do we grow?’ but ‘how do we abolish ourselves?’ No I’m not anti-Church; I’m just convinced that growth is not the be-all and end-all of our mission! I find what Catholic theologian Denys Turner says to be a far more interesting position:

When the promise of the Church is realised in the world then there is no need for a Church; a space to experience the promised future manifestation of the Kingdom of God is no longer needed when that promised future has been materially implemented.

That’s why, like Turner, I think that the Church is at its best when it is a revolutionary organisation.  But here’s the thing: revolutionary organisations are not always popular. Karl Marx’s long term collaborator and friend Friedrich Engels is reported to have said towards the end of his life that, “Marx and I were in a minority all our lives, and we were proud to be in a minority!” In fact, there is still a saying in what is often the quite secular space of left-wing politics that, “Jesus only had 12 members of his organisation – and one of them turned out to be no good!”

What I’m trying to get across is that being revolutionary is not the same as being trendy. As fun as it is to do (and it really is fun), there are limits to pointing out that your church is also a PokéStop in an attempt to get young people or ‘millennials’ (as marketing people like to call us) in through the door. I sometimes think that if a marketing company found out that millennials liked nothing better than drinking prune juice there would be at least one church trying to offer it during communion!

In all seriousness, I do sometimes wonder if all the discussion of church growth gets in the way of the Church realising its historical purpose. Sure, we need growth if the Church is to survive to deliver on its promise of community and not abolish itself prematurely, and if we want that growth to be sustainable and long-term, then young people will have to be part of it. However, a growing Church needs to be built on the rock of our authentic praxis and not on the shifting sands of fashion.

Robin is a Unitarian worship leader, a Masters student studying Marxism and Christianity, and a member of Leeds SCM.

Tags:
Churches
Christianity
< Back to all blogs