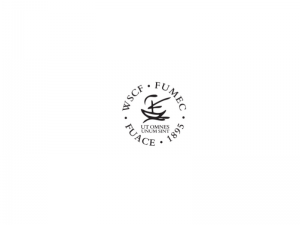 This week, the World Student Christian Federation (WSCF), the global body of which SCM Britain is a member, released a statement regarding the ongoing situation in the Gaza Strip and denouncing the recent deadly actions of the Israeli Government. The statement reads:

The World Student Christian Federation (WSCF) stands in solidarity with Palestine Youth Ecumenical Movement (PYEM) in their denunciation of the Israeli government in their attacks on the Palestinian people.  We reaffirm that the demonstration by the Palestinians are non-violent and are supported by International law. We declare that the killing of demonstrators by the Israeli military is a direct violation of the Human Rights of all children,youth and adults living in the Gaza strip.

As global movement of unified Christian youth movements, we stand with other faith-based organizations, churches and denominations in supporting the Palestinian people as they stand up for their inalienable rights for life, liberty, and free movement. WSCF affirms its 2015 General Assembly Palestine Policy Paper committing itself and its 105 member movements to “seek to restore justice and work for a just and lasting peace in the Holy land.” (*1)

Thus, in the recent violence in the Gaza Strip, we urge our members, friends and partners to support the statement and call to action issued by our member movement in Palestine.

On Friday the 30th of March 2018, and as part of commemorating the Land Day in Palestine, thousands of Palestinians throughout the Gaza Strip started a series of non-violent demonstrations along the Strips’ borders.  They marched to call for an end to the ten-year blockade on Gaza imposed by Israel and to demand the right of return of the Palestinian refugees. The demonstrations, which are called The Great March of Return , are planned to continue until the 15th of May; the Nakba (catastrophe) day; the day that marks the forced displacement of over 750,000 Palestinians in 1948 by the Zionist militia and the State of Israel.

Nearly 2 million people currently reside in the 365 km2 strip; 1.3 million of those are refugees that are denied their right of return by the government of Israel; a right that is guaranteed under UN Resolution 194. Over the past ten years, the Israeli government has been imposing a severe blockade on the Gaza strip; depriving the people of their right of movement, access to medicine, treatment, clean air and water; and the right to live in dignity.

Israel has been responding with unlawful lethal force to the non-violent demonstrators; the Israeli military has killed 32 Palestinians in Gaza, 26 of the demonstrators, and injured more than 1,000 with live fire (B’tselem).

The Palestine Youth Ecumenical Movement and the World Student Christian Federation reaffirms that the demonstrations are non-violent and are supported by the International law. We declare that the killing of demonstrators by the Israeli military is not in accordance with international law and violate the Human Rights all of the people living in Gaza strip.

We affirm that the Refugees’ Right of Return is a sacred right that shall not be manipulated by Israel in any way.

Hereby we call for:

2. Endorsing the BDS Movement (Boycott, Divestment, and Sanctions) until Israel complies with the international law.

3. Holding Israel accountable for its actions and stopping its unquestioned impunity.

4. Supporting the rights of the Palestinians to live in freedom, dignity, and peace.


On behalf of the WSCF Executive Committee: