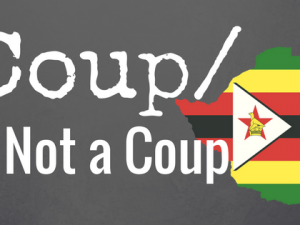 I remember when I first arrived in the United Kingdom, even though I was excited about the new chapter in my life, my heart was burdened. I had left my home in an increasingly volatile situation and everything that means anything to me is there. There was increasing poverty, an explosive political situation, a cash shortage, degradation of infrastructure and corruption that was indescribable. For a while anxiety was all I felt. In the weeks leading to my leaving Zimbabwe, I remember having a driving lesson in the city centre and there was a march about the situation. In mere seconds, a peaceful march became a horror scene with people running away from armoured trucks of riot police spraying people with water that made people itch. It would be unfair to say the people of Zimbabwe had never tried to stand up to the man. Just that when you did, it would result in injury, imprisonment or death. I remember sitting down to write these words:

‘I can never begin to understand

What it is you claim to have fought for

I know it’s not me

I grew up with reverence for you

Because they never spoke ill of you

Now I sit and recall the days of colonisation

And I see the now with no difference

How can you save us from slavery only to enslave us

A man who was once a hero

Have you forgotten us?

How could you burn us to the ground

And find warmth in our ashes

Feed on our flesh’

Despite all the trials, the church still rose up in prayer and in rebellion on the streets. But the world still didn’t see us. When I heard that a’ coup’ was underway in Zimbabwe, I can not tell you that I was excited, even though I did want the former president to go, I was terrified of the prospect of a war erupting. I remember calling my mom as soon as I heard the news. I remember spending hours on the phone while she tried to calm me down. At one point, I was ready to go back home, to do what I don’t know. As soon as I was done talking to her, I broke down. Everything that could go wrong rushed in to my head. After crying until I could no longer do so, I said ‘God, I leave all of this in your hands. I can not live without my family, please protect them They’re all I have, please God.’ Unable to do anything further I went to bed.

As the days progressed, I watched the news at every hour, called my mom almost as often and tried to carry on with university. Each time I worried I saw people in Zimbabwe post jokes about the situation, showing me that they were fine. The day of the freedom march, thousands of people went to show support of the’ coup’ and prevent the world from intervening. Thousands of people showed their support. People were dancing on the street and celebrating the soon-to-be retirement of the former president. An act of faith. The march ended in a prayer as the people left it all to God. When former president R.G Mugabe finally resigned I was ecstatic. With no war, no life lost; nothing but joy and peace. God was faithful to Zimbabwe. It was so easy for us to give up on God with everything that was happening in our nation, but the people didn’t. Even though, like the Israelites, we complained at times along the way, God delivered us. He showed us that his timing is best and that when he delivered us, He was going to make sure we were all safe. Our next step now is to rebuild with Him as our guide.

Nellia is a student at Northampton University and attends the Theos Cafe at the chaplaincy to worship and discuss her faith.

Tags:
Deepening Faith
Faith in Action
< Back to all blogs