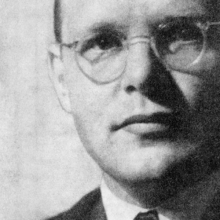 “Christian life is a matter neither of radicalism nor of compromise” – Bonhoeffer, Ethics

Bonhoeffer’s involvement in plots against the Nazi government in the early 1940s gives rise to agonised debate among theologians, historians and ethicists. Many books, articles and discussions focus on the attempt to assassinate Hitler –the failed “July Plot” of 1944, the preparations for which led to Bonhoeffer’s arrest and eventual execution. They ask how assassination can possibly be reconciled with the Christian nonviolence that Bonhoeffer preached to his seminary students in the mid-1930s. Pacifists who want to claim Bonhoeffer for their cause have sometimes argued that he had no significant involvement in the plot to kill Hitler. Others with less firm pacifist commitments have been quite happy to see Bonhoeffer abandon (supposedly) unattainable ideals, accept reality and espouse violence. It’s a debate that could run for a long time, in a context where war and its compatibility or otherwise with Christian beliefs is still a hot topic, Nazism is still the textbook example of historical evil, and everyone wants Bonhoeffer on his or her team.

What’s often missed is that this is not just an issue about (non)violence. The bigger issue is about how we make judgements and decision in situations in which normal human relationships, the normal conditions of life, are distorted beyond all recognition – and what happens to the standard commitments of “Christian ethics” in that situation. Bonhoeffer’s direct involvement in the planning of violent attacks on the Nazi leadership was limited or non-existent. But as a member of the hidden resistance to Nazism, and especially as a ‘triple agent’ in the German secret service, he was telling lies and deceiving people, directly or indirectly, every day. The alternative would have cost the lives of his family and friends, and many others (not least the Jews who were smuggled out of Germany in an operation Bonhoeffer was involved with). So he was engaged in systematic deception – and in the same series of lectures in which he had argued for Christian nonviolence, he had also argued for an obligation to truthfulness.

What did this mean for Bonhoeffer? Did it just mean that he gave up on some of his “Christian principles” when he found they were unworkable or unrealistic? Was it that he had, or thought he had, no choice, in the extreme situation of Nazism?

Looking at what Bonhoeffer wrote in these last years of his life, we can see him thinking this through – by challenging all the ways in which (as he sees it) Christians try to avoid taking real responsibility for their actions. Two of the common ways are – having a set of rules derived from Christianity and sticking with them no matter what the situation or the consequences (this is what Bonhoeffer calls “radicalism”); and deciding that Christianity is a hopeless ideal, so we may as well go along with what the rest of the world is doing (this is what he calls “compromise”). Radicalism tries to get ethics from God, ignoring the world; compromise tries to get ethics from the world, ignoring God; both of them deal in generalities and not the specific needs of the present; and neither of them takes seriously the fact that God became ‘worldly’ in Christ.

But what does that say about whether Bonhoeffer was right to deceive the Nazi authorities, lie to his interrogators, or support a plot to assassinate Hitler? In Bonhoeffer’s own terms, this might just be the wrong question. One reason neither radicalism nor compromise is responsible, Bonhoeffer says, is that both of them are really about letting you off the hook by giving you a way to justify your actions, a way to prove you’re right. And Bonhoeffer argues that nobody but God – certainly not a theological ethicist or an opinion columnist - can judge his, or anyone else’s, ‘rightness’; and in Jesus Christ we already know ourselves as judged and forgiven sinners. We’re not called to ‘be right’, he says. We’re called to follow Christ in the world we find ourselves in. Probably the best way to work with Bonhoeffer’s life and theology is to look as closely as he did at the situations in which we find ourselves – and to follow the call to respond without the fear of being wrong.

Rachel Muers is senior lecturer in Christian studies at the University of Leeds.