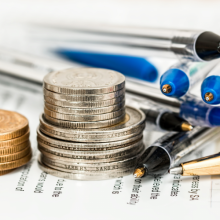 We live in what the anthropologist John Sherry has referred to as 'brandscapes'. Brands are a part of modern life, and they are in every sphere of it, including the church. Major corporations like Microsoft often feature on news stories, pop stars are increasingly marketed as brands, and even in the sphere of politics, brand management is seen as key. More often than not, the symbolic associations of brands are such that they tell us enough about an object that more description is unnecessary to conjure up the correct image in the mind of the person we are speaking to. We can talk about our 'favourite pair of Levis', our 'new Vauxhall' or 'our old Hoover', and friends know exactly what we mean.

In fact, we’re living in an age where some sociologists argue that our identity is becoming as orientated around what we consume as what we produce. Anthony Giddens talks about our society as being 'post- traditional' in character. Gender, class, race, religion no longer fix us utterly to the same place in life (although they still place some constraints), and to some extent, we have to 'construct' our identity for ourselves. In this context, some people argue that brands are in fact, the new traditions - the things that give us the ideas we need to live by.

Which is an interesting challenge to the church, who might want to celebrate the fact that people are no longer as 'fixed' to stations in life as they once were, but also to question whether, in an age of economic inequality, the consumer revolution offers emancipation into anything more than a slightly different structure than the old traditions had us fixed in. Those who need to find wisdom for living may be enticed by aspects of creativity in the new traditions; but on closer inspection, they may also find that there is life and creativity in the old God yet...