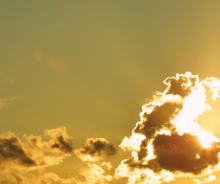 “The matter is quite simple. The Bible is very easy to understand. But we Christians are a bunch of scheming swindlers. We pretend to be unable to understand it because we know very well that the minute we understand, we are obliged to act accordingly”.

Hard words indeed, but any harder than the Bible itself? Personally I do not think so. In the book of Isaiah we find God rejecting worship and not listening to prayers because the people have blood on their hands. In James we find that the religion which is acceptable to God is looking after the orphans and widows (the marginalised) whilst keeping oneself untainted by the evils of the world (consumerism, militarism and capitalism spring to mind here). In Matthew, we find that in the final judgement, those who have fed the hungry, helped the sick, welcomed the stranger, clothed the naked and visited those in prison are those who are blessed and receive God’s inheritance. In other places, we are told to love our enemies and love our neighbours as ourselves. There are over 2000 references to poverty and justice issues in the Bible. If we are not actively involved in these issues, quite simply we are not following Jesus.

Following Jesus is not easy. In my own life I find myself falling and repenting a lot, but I desire to be a follower. Following Jesus has led me into several interesting situations where I have experienced much heartache but also many blessings. I am a strong believer in the need for community outside of the system we live in in order to show that there is an alternative. Tolstoy suggested that a government can only exist because in the final analysis it has the threat of violence over people. Therefore one nonviolent form of resistance is to build community outside of the State.

I achieve this partially by being part of the underground (or DIY) punk community. This is a place where everyone is seen as family; everyone looks after each other; bands survive outside the music business and are supported by promoters who do it for the love of the scene; and bands produce and release their own music and are supported by independent zines, webzines and small online radio stations. The term “punk not profit” is often heard (it is interesting to look at this from a Kingdom of God perspective).

Alongside this, for the past 6 years I have run a not-for-profit organisation, to raise money and awareness for street children in Latin America (many of them orphaned through civil war etc.). The organisation is called Punk 4 The Homeless and we put on small DIY punk gigs and festivals and bring out compilation albums. Bands always play for free (including paying their own travel expenses). The generosity of the scene has enabled us to help a lot of children so far.

I have also felt it necessary to oppose injustice, including military violence, by going on demonstrations, vigils and taking part in other forms of direct action. Peter Maurin (cofounder of the Catholic Worker Movement) once said that he got so sick of dragging people out of the river that he thought he would go upstream to see who was pushing them in. In the UK we have very little money for the poor, the homeless or the disabled, but we manage to find money for expensive weapons. We can afford to hurt but not to love it seems. An example of this is Unmanned Ariel Vehicles (Drones), which are statistically known to cause the death of civilians every time they strike.

I was one of four people, known as The End Drone Wars 4, arrested for cutting the fence at RAF Waddington and entering the airbase as an action against drones last year. This was after we had been protesting outside for over a year with no sign of change, drones were still flying, and people were still dying with very little coverage in the press or media. I am no theologian nor political theorist and there are many more experienced people than me when it comes to nonviolent direct action, but we managed to put the airbase on lock down for an hour. Jesus said “blessed are the peacemakers” and I have felt very blessed and close to God when I have heard the “still small voice” and followed its direction.

This Maundy Thursday, I went to an event organized by the London Catholic Worker called “The Stations of the Cross of Nonviolence”. There was a time of worship and prayer for government departments, parliament and arms dealers, whilst speaking truth about violence and injustice conducted from each place. For me this is true witness and worship which gives a more accurate impression of Christ than the one which is often portrayed. Much of the punk scene I am involved with is anti-religion, but from my perspective this is not such a bad thing as Christianity which is anti-Christ. Therefore let us do justice, love mercy and walk humbly with our God.

Gary 'Eagle' Eagling is a punk poet and Christian anarchist, and founder of the Punk 4 the Homeless project. He lives in Nottingham.