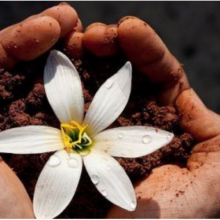 I must confess I was rather miffed recently when I heard that in the latest Anglican terminology, “discernment” has taken over from “vocation” as describing the process of determining whether or not someone has been called by God to ordination. The reason behind this I cannot fault – that everyone has a vocation, not just the priesthood- but the problem is that while the meaning of “vocation” is being broadened, the meaning of “discernment” is in danger of becoming particularised. That I would regard as a shame, because if vocation is something we all share, discernment certainly is – and whereas vocation can be experienced at crucial turning points in your life, discernment should ideally be an everyday experience.  In the words of Quakers’ Advices and Queries (3) “Do you encourage in yourselves and others a habit of dependence on God’s guidance for each day?”

Having said that, it’s interesting to look back over almost 50 years, to what my first glimmerings of vocation were about and where they are now.  One aspect of this is the development of a concern  about what now we might call “stewardship” or “sustainability”. When I was a Catholic boy of 9, I was struck by the fragility of nature and by the extent of human encroachment on the environment. I was watching fields and small holdings disappear as nearby land was built on and  seeing   landscapes dominated by industrial activity – smoke, spoil heaps and the heavily polluted River Doe Lea. It was at about the same time that I felt called to the priesthood , although back in those days most Catholic boys if anything had to work hard to prove that they were not being called to the priesthood. I would imagine myself in the pulpit  preaching homilies on the importance of caring for the natural world. That vocation of mine has, to say the least,  taken a few twists and turns since then, leaving me now, of all things, a Quaker university chaplain, but at every stage of the way I have felt that the need to care for our environment, to treasure the earth’s resources, to avoid cruelty and not make an almighty mess of the planet are clear divine imperatives.

Many contemporary Quakers use the mnemonic “STEPS” to summarise the main aspects of Quaker thought (our “testimonies”). The letters stand for Sustainability (or Stewardship), Truth, Equality, Peace and Simplicity.These Quaker testimonies have sometimes been portrayed as the pillars on which Quakerism stands, but my mental image is often more like a web, a network, a dream catcher, where the different strands interact with each other, creating intricate patterns of interrelationships. Sustainability connects with Simplicity (as in the idea that my lifestyle should make modest demands of the Earth) with Equality (as in the idea that it is unfair to make others pay for my lifestyle – other creatures, other human beings and other generations to come) and with Truth. Why Truth? I would say because our Truth testimony is partly about being open to what really is going on. Ancient languages made no distinction between “truth” and “reality”. When I pray “Your kingdom come, Your will be done” for me that means that whatever I pray should be aware of  my prayer’s place in a greater narrative and should  include a query of where my actions fit into that narrative. Prayer is plugging myself into a greater reality.For me, wilfully ignoring the egregious reality of melting icecaps, pollution and the unsustainable depletion of the Earth’s resources would be placing an insurmountable barrier into the discernment process. It iwould be a sin against the Spirit of Truth (Mark 3:28-30).

My wife and I received the biggest wake up call in 2009 when the film “The Age of Stupid” came out. Having recently become parents, we formed a campaign group “Borrowed Planet”- a group of parents concerned about what sort of environment we  were passing on to our children. It was at a planning meeting that Sarah and I found out about a Leeds initiative to set build a co housing scheme using straw bale construction and other sustainable technology called. It was to be called  LILAC (Low Impact Living Affordable Community).  We joined LILAC, saw the scheme through to its construction and have been residents there since its opening in 2013. This has been a bit of a move from talking the talk to walking the walk, although I currently feel a pull to be more involved in campaigning again.

So sustainability is a big part of my faith, but my faith in turn sustains me in my concern for sustainability. Worshipping alongside people who share my concern for the environment makes me feel I am not alone, but more importantly that process of worshipping realigns my perspective from the everyday to the eternal.  It plugs me into an energy source that is limitless.

You can download a PDF of this article here: