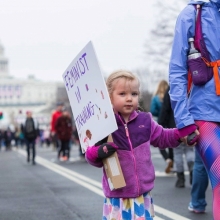 Feminist theology (or more properly, theologies) has emerged in modern times as a challenge to the male bias in religion and society as a whole. Although feminist theology has many significant roots in pre-modern history, it has only emerged as a fully conscious movement with its own literature, spokespersons, principles and methods in the past three or four decades. Influenced and empowered by the secular women's movement of the 1960s, the Civil Rights movement in the United States and liberation theology from Latin America, the first critical feminist theological work emerged from the States at the beginning of the sixties and from there spread to Europe and the rest of the globe. We should not assume that the foundations of feminist theology are exclusively white and western. As Kwok Pui-Lan points out, ‘the emergence of white feminist theology in the contemporary period... was embedded in the larger political, cultural, and social configurations of its time’ (Cambridge Companion to Feminist Theology, 2002, p.26). At any rate, within a few decades, feminist theology has become a global movement situated in many settings, and drawing on many different political, philosophical and religious roots to express its concerns and convictions.

According to feminism, human community is characterised by a basic structural injustice, a distorted relationality between the sexes, such that men as a group have power over women as a group. This basic inequality has characterised all known history, is universal and is enshrined in language, culture, social relations, mythology and religion. The most fundamental feature of this distorted relationality is a pervasive dualism which makes a sharp distinction between perceived male and female roles, characteristics and areas of responsibility, valuing those identified with the male as inherently superior to those identified with the female. For example, masculinity is identified with rationality, power and initiative, whereas femininity is identified with emotion and intuition, weakness and passivity. This dualism is established in the social relations assigned to men and women – men dominate in the public sphere, women in the private, for example – but is ratified at the level of mythology, ritual and theology. The patriarchal God upholds and is at the apex of this dualistic system. God is associated with the male and identified with masculine characteristics such as those already mentioned, and is cast over and against the female.

A key consequence of sexism is androcentrism - the bias of society and culture towards the male, the assumption that the male is norm. Androcentrism functions at every level of human culture and society: in its history, traditions, language, arts, professions, and so on, all of which have been controlled and monopolised by men. A consequence of androcentrism is that women are systematically excluded and obliterated from historical traditions and contemporary thought-forms, and thus rendered invisible to themselves and others.

Sexism and androcentrism are twin features of patriarchy, a much-used concept in feminism which refers to the system of oppression, injustice and exploitation that operates between the sexes. Patriarchy (literally, the power of the fathers) refers to the social system in which sexism operates, a system which is organised entirely on the basis of male domination of women.

All theology is done on the basis of experience, whether this is acknowledged or not. Most theology in the past has been done almost exclusively from the perspective of male experience; men have been those who have written, taught and preached about the meaning of faith, and women have been excluded from such offices and opportunities that would have allowed them to study the faith. Nevertheless, theology has been ‘gender- blind’: it did not recognise the partiality and bias of its pronouncements, but offered them as universally valid and applicable to all humanity. By insisting on doing theology from the perspective of women's experience, feminists are both calling attention to the androcentrism of previous theology and seeking to redress the imbalance of a religious tradition in which the dominant forms of thought and expression have been owned and controlled by men.

In a much-quoted passage, Rosemary Radford Ruether expresses this principle as follows:

The need to extend the notion of 'women's experience' beyond simplistic assumptions of an undifferentiated unity of all women everywhere leads to the formulation of this principle. This has become a prominent commitment within recent feminist theory, rooted in the assumption that no matter how much like another human being one person may be, there is always difference present and there is always potential for these differences to change over time. What this means for feminist theology is well expressed by Linda Hogan:

In other words, feminist theology must beware of making any generalised statements about the meaning of God, the church or Bible for women, since any one woman will be speaking from one particular situation and vantage point, and cannot speak on behalf of all women.

Theology must not be isolated in the ivory tower of academia but must take root in the streets and the homes of ordinary women and men, and must be orientated to the transformation of society; and particularly to the liberation and empowerment of women. Theology which has, in the past, fuelled and legitimised women's oppression must now become a tool and resource for women's empowerment. What makes theology feminist according to this principle is not merely the subject matter or content (i.e., theology about women) or the gender of the theologian (i.e., theology by women) but the commitment to doing theology with the specific goal of empowering and liberating women (i.e., theology for women).

This is an edited extract of chapter one of Faith and Feminism: An Introduction to Christian Feminist Theology by Nicola Slee, published with permission.