Films about Christian Life and Faith 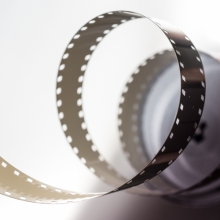 A Note on Copyright: SCM Groups can show films without the permission of the distributor in people’s own homes. However, if shown in a public space like a chaplaincy or on a university campus, it may be considered ‘commercial’ purposes. In this case, it may be best to contact the distributor to ask their permission.

A classic film which dramatises the life of St Francis of Assisi in a dozen vignettes. It works like a film of mini parables, and is directed appropriately by an Italian director- Roberto Rossellini.

The Gospel According to St Matthew (1964)

Incredibly, for a film which was directed by an atheist, this is thought by many to be the best film ever made about Jesus! Pier Paolo Pasolini tries to be faithful to the Jesus he sees as political and outspoken, as well as gentle and spiritual.

Set in eighteenth-century South America, this movie follows the missionary journey of Jesuit priest Father Gabriel into the Guarani lands. After the Portuguese attempt to capture the natives, Father Gabriel must decide how best to defend the mission. Directed by Roland Joffé, the movie explores themes of mission, faith, racism, and pacifism.

A Danish film about two different visions of faith and life. Two Danish sisters in small town live lives which centre on the austere, rigid rules of their father, the local minister, and the religious community around them. After their father’s death, they take in a French refugee called Babette, who, on winning the lottery, decides to throw a feast for them- the sisters have never seen anything like it before!

This is a great little film about Jesus’s life, and it’s a claymation (clay animation)! Jesus is believable, the stories and dialogue are taken from all four gospels, and it is moving to the point of tears in places.

A documentary in English and German about theologian and martyr Dietrich Bonhoeffer, directed by Martin Doblmeier. The film takes us through Bonhoeffer’s life up to his death at the hands of the Nazi regime. It is powerful and moving, and a good watch for those interested to find out more about Bonhoeffer.

A three hour French/German documentary by Philip Gröning filmed in almost complete silence, which is nevertheless absolutely captivating to watch. It shows the daily life of reclusive Carthusian monks in the French Alps.

A film which tells the true story of Hull MP William Wilberforce’s determined campaign to put an end to the transatlantic slave trade, with support and help from Prime Minister William Pitt and ex-slave turned author Olaudah Equiano, amongst others.

Directed by Michael Whyte and not to be confused with many other films of the same name. This film shows the way of life of an order of Carmelite nuns in Notting Hill. An exploration of community, prayer, contemplation and history.

A French film by Xavier Beauvois based on a true story. It follows an order of Trappist monks living in Algeria in the mid-1990s. Civil war spells danger for the monks and they must decide whether they will stay in solidarity with the Algerian people and face possible death, or leave for Europe and safety.

This film, directed by Emilio Estevez, is about a man whose son dies while travelling on the Route of Santiago (Saint James). The man, played by Martin Sheen, picks up his son’s remains and then decides, instead of returning home, to complete the journey his son wanted to complete, in order to honour him.

This film is quite violent. It tells the story of Desmond Doss, a Christian-pacifist who joined the US Army during world war two but refused to even touch a rifle. Though at first ridiculed, Doss eventually gains the respect of his fellow soldiers. This movie explores themes of pacifism, war, practical faith, and suffering.

This film is based on the best-selling novel of the same name by William P. Young. It tells the story of Mack Phillips, a fictional character who has a personal encounter with God in the Oregon wilderness after suffering a family tragedy. It explores themes of suffering, faith, forgiveness, and gender.

This movie is based on the true story of Lee Strobel, a former journalist who found faith after investigating the historical evidence for Jesus. It explores themes of faith, doubt, atheism, rationality, and the historical figure of Jesus.

This film presents the life of Jesus from the perspective of Mary Magdalene, Jesus’ female apostle, long misidentified as a prostitute. The film explores themes of faith, the early church, and gender.