The Historical Context of the New Testament 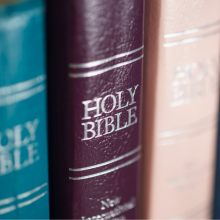 Choosing the point at which to cut the continuous cloth of history is always in part an arbitrary decision. To understand the New Testament it is necessary to look at the events that preceded it. The term ‘New Testament’ implies an ‘Old Testament’, yet despite the very obvious dependence on that corpus of literature, there are good reasons for not taking the events in Israelite history as the starting point for unravelling the historical background to the New Testament. Instead it seems appropriate to commence with events that radically shifted the social and political structure of the land of Judea.

Towards the end of the fourth century BCE, Alexander the Great established an empire of previously unrivalled extent in the Eastern Mediterranean and beyond. Stretching from his home in the Greek province of Macedonia, his conquests encompassed Egypt, Syria, Persia and the lands of the Hindu Cush. While it is historically certain that Alexander’s territorial possessions included the land of Judea, a story reported by Jospehus concerning Alexander’s encounter with the high priest of the Jerusalem temple and his pious offering of sacrifice to the Jewish God (Antiquities of the Jews 11:8:5) may be legendary in character. What is without doubt is that Hellenistic culture had intersected with that of Palestinian Judaism, and that this conflict of outlooks was to produce a number of radically different responses from within Judaism.

Alexander died in 323 BCE, prior to his 33rd birthday. His empire was divided between his successors after a series of battles. The two emergent Hellenistic states that were to greatly impact on Judea were the Egyptian kingdom, governed initially by Ptolemy II, and the Seleucid kingdom centred in Syria under Antiochus I. Both these realms were keen on territorial expansion, and unfortunately for the Jews, their homeland was situated between these two aggressive opponents. While political control of Judea oscillated between Ptolemaic and Seleucid rulers, nonetheless both groups imposed Hellenistic culture on the native population. This was more easily introduced in populated urban areas. Greek games and gymnasia were established, classical education and language became desired by the Jewish elites. As part of their assimilation towards the dominant culture, some Jews went as far as having the mark of their circumcision removed.

Not all Jewish reaction was favourable to the process of Hellenisation. In the year 175 BCE, Antiochus IV Epiphanes became ruler of Syria. He was not happy to let Hellenism gradually encroach on Judaism. Instead he set up a radical policy of enforced assimilation. The legitimate high priest was deposed, and on pain of death the people were instructed not to practise their traditional customs. During the year 167 a particularly noteworthy event happened when the king ordered ‘a desolating sacrifice on the altar of burnt offering’ (1 Maccabees 1:54). This consisted of burning the flesh of pigs on the altar in the Jerusalem temple. This is almost certainly the abomination of desolation referred to in Daniel 9:27.

This, and other factors, caused an uprising of Jewish insurgents. Their guerrilla tactics were remarkably successful. Around three years after the abhorrent sacrifice of swine had occurred, the temple was recaptured and purified for traditional sacrificial worship. This event is celebrated annually by Jews in the festival of Hanukkah. During the guerrilla war many Jews had been killed for their refusal to participate in the form of sacrifice demanded by Antiochus IV. This led to the emergence of a theology of martyrdom, which saw those who died for their faith receiving vindication in an afterlife (see Daniel 12:2-3). Also there was a rising interest in apocalyptic and messianic thought in Judaism of the period. With various ups and downs, Judaism remained a self-governing entity for around a century, with the role of high-priest and political leader being combined and held by members of the Hasmonean family. Yet even during this period of autonomy, a new empire was in the process of expanding eastwards.

Initially the Roman general Pompey was invited to Judea to settle a dispute in the Hasmonean succession following the death of Salome Alexandra. Pompey sided with Hyrcanus II and in 63 BCE, Jerusalem fell to the Romans. While Hyrcanus was installed as high priest, the Romans became the political masters of Judea. The Romans chose to rule through client kings. The most famous of these was Herod the Great. Uniformly given bad press in the Gospels (due mainly to the story of ‘the slaughter of the innocents’), Herod the Great was a gifted and courageous ruler, but perhaps more importantly he was an astute politician. His building programmes created much employment, and he carefully balanced pious Jewish interests alongside those of his Roman overlords. The world into which Jesus was born was that of a people who were semiautonomous, but who could remember the firsthand experience of freedom under the Hasmoneans. Internal rivalries had thrown such freedom away, but expectations for messianic deliverance still existed in some sectors of the Jewish population. Herod the Great’s death brought about another period of instability as three of his surviving sons contested the right to be his successor. The Roman overlords intervened to make a settlement. Augustus split Herod’s realm into three territories of differing size. Archelaus was awarded the lands of Judea, Samaria and Idumea, but was not allowed to style himself as ‘king’; instead he was given the title ethnarch. Herod Antipas became tetrarch of Galilee and Perea (and was the figure responsible for the death of John the Baptist). Philip was given the smallest region, the land east and northeast of the Sea of Galilee, and was likewise given the title tetrarch. Archelaus proved to be an oppressive and tyrannical ruler as he attempted to impose compliance on the disaffected religious Jews. His personal life was also a source of scandal to the pious. Repeated complaints to the emperor resulted in him being removed from office in 6 CE and banished to Gaul. Thus began a period of direct Roman rule over the territories previously governed by Archelaus, under the leadership of a Roman prefect (only after the time of Pilate was the title of the position changed to that of procurator).

The ministry of Jesus occurred during the reign of Tiberias. The pax romana established by Augustus continued during the premiership of his successor. Roman government tended to be fairly non-interventionist as long as the peoples of the empire remained peaceable and paid the taxes which were levied from them. Although there were occasional riots in Jerusalem, when the populace felt their religious sensibilities had been offended, on the whole it was a period of relative quiet, although Roman justice was often swift and brutal to ensure that thoughts of rebellion were quickly checked. Pilate appears to have been a particularly heavy-handed official. Philo describes him as aggressive, corrupt and cruel (Legatio 38:302) and Luke recalls an incident where Pilate mixed the blood of some Galileans with their sacrifices (Luke 13:1). Yet without doubt the event which accrues infamy to Pilate is his role in the crucifixion of Jesus.

After the death of Jesus (which most likely took place during during the Passover of 30 CE), his early followers continued to meet, having come to believe in his resurrection and various appearances after his death. From the first decade or two of the nascent Jesus movement we have no evidence of written records, unless some early liturgical material has been taken up in subsequent documents. The book of Acts reports events of the first generation of believers, but it dates from a later period. The first direct written evidence we have from within Christianity of its growth comes from the authentic epistles of Paul. Perhaps the earliest of these, First Thessalonians, evidences an ongoing belief in the not too distant return of the risen Jesus. Apocalyptic beliefs which were part of the outlook of many pious Jews also infused earliest Christianity. The letter to the Galatians reflects a different aspect of the movement, namely sharp discord between Paul (along with his associates) and the Jerusalem Apostles. The conflict developed in relation to Gentiles who expressed faith in Jesus. For the traditionalists such faith could only by expressed in a Jewish matrix, which involved observance of the works of the law, such as Sabbath observance, the practice of circumcision for male converts, and compliance with food laws. Paul took a more radical stance, and argued that the Jesus event altered traditional understandings. He advocated that the usual marks of covenantal obedience were obsolete, and that the presence of the Spirit in Gentile believers was the guarantee that they could live up to the ethical requirements of the Law without engaging in distinctively Jewish practices. This is part of the reason he was so annoyed with the moral irregularities of Corinthian believers, since their failings were used by his opponents to undercut his claims. Paul’s commitment to missionary activity and his travels to spread his message are astounding. However, the ease with which he moved around the Eastern Mediterranean was largely due to the trade routes and excellent road system established by the Romans. This not only enabled his travel, but moreover facilitated his communication with the various communities he had established, since he could rapidly dispatch epistles to these groups of believers during moments of crisis.

The Gospels and the Book of Acts stem from a later period, probably all written around or after the destruction of the Jerusalem Temple in 70 CE. Their purpose is different to that of the early Pauline epistles. Although they may reflect the pastoral concerns of the individual communities for whom they were written, their main purpose appears to be the preservation of traditions about Jesus. Thus they evidence a period when the generation of believers who had had first-hand contact with Jesus were dying out and there was a need to record traditions about him.

The socio-political world into which Christianity emerged helped to shape the form it took and assisted its rapid expansion. That all the documents in the New Testament are written in Greek is testimony to the process of Hellenisation that had taken place in the Eastern Mediterranean from the time of Alexander onwards. The success of Paul’s missionary endeavours was assisted by the road networks established by the Romans, and the widespread peace establish throughout the empire. Notwithstanding these European influences, the thought world of the early Jesus movement remained heavily influenced by the Jewish parent religion from which it broke away. Belief in one God (albeit with divinity attributed to Jesus), messianic expectations, and hope in a life after death were all key elements drawn from Judaism. Christianity arose out of a multiplicity of historical contexts, but it is a mistake to compartmentalise them. These different worlds co-existed (sometimes in tension) and it was within this rich and varied context that Christianity sought to establish itself, and in which it would eventually become the dominant force in the religious landscape of the Mediterranean world.