An Introduction to Mimetic Theory 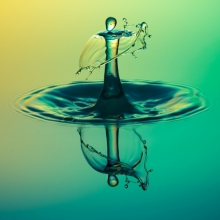 ‘Let the same mind be in you as was in Christ Jesus’ (Philippians 2:5)

The notion of imitation is not new to us, nor was it new to Paul. Yet when we normally talk about imitation it is a surface thing, copying the accent and bodily tics of a celebrity. The kind of imitation that Paul is talking about seems to go much deeper, like taking on the personality of another person. That seems like such a strange idea, although the thinking of the French literary critic and anthropologist Rene Girard can open up this idea so much that you may well see the world, and the Christian faith, differently.

Let’s start with something that you might have seen. A small child – a toddler, pre-language – enters a room full of toys. There are train sets, cuddly toys, jigsaws, dolls, things that go whizz and beep … anything and everything a little kid might find fascinating and fun. In the centre of the room is another toddler, playing happily with a small wooden car.

You know what’s coming, don’t you? We are talking about a child that is not yet able to verbally or mentally articulate any reasons, but that child is very likely to desire above everything else in the room that little toy car, precisely because the other child values it. We all know that we often imitate people, but Girard was the first to say that imitation – Girard called it mimesis – comes before self-consciousness, before personality. In fact, Girard would say that what we call our personality is merely the accumulation of all the desires we have learned by imitating those we love and admire.

That seems like such a trivial example. Let’s think of something a bit more exotic. Maybe you have been fortunate to go travelling, or to serve overseas in a developing country. Even though you might have read up on the places you went to, there is still the culture shock. You come to understand that values you’ve taken for granted are not so universal after all. I’ve stopped being surprised by the number of people that return to the UK from economically deprived parts of the world saying the same thing: ‘Everyone was so happy, even though they had nothing.’

What that statement reveals is the power of mimesis. Consumerism and materialism feel completely innate to us, like natural laws. From our worldview it seems impossible that someone could be happy without the latest ‘things’, but where did we get that idea? We learnt it from those around us. If you happen to live in a culture in which something else is more valuable, you will probably find our obsession with fast fashion and iPhones absurd.

Girard’s insight is not great for our self-esteem. Each of us is like the teenager at the bus stop, brashly asserting, ‘I am an individual’, while wearing exactly the same brands of trainers, jeans and tops as the rest of their gang. What raises us above our basic instincts is not freedom of choice, but rather our ability to learn desire from each other.

This collective desire can be a good thing. It can bring a village together to protect itself from wild animals. Perhaps the writers of the scriptures knew more than we think when they spoke often about the importance of good imitation (e.g. 1 Corinthians 11). The Latin word for this collective striving is competere, which is the origin of our word compete. If we all want safety, that’s one thing, but when we all want the same person to be our sexual partner, or we all want to be the leader of the village, or we all want the largest flock of goats, we discover that mimesis is found at the heart of all our conflict.

Girard’s next great insight was into how human communities dealt with this conflict without tearing themselves apart. And that’s where Jesus comes in too.