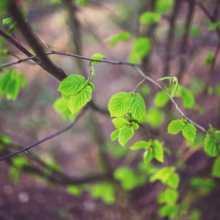 It will also become increasingly an issue of political stability; political leaders are ultimately responsible for dealing with the impact of climate change - whether from the floods we’ve experienced in the UK, or the heatwave, drought and loss of crops experienced here in S Europe this summer. Who got the blame for Hurricane Katrina?

This is ultimately an issue of human survival for life as we know it. Whatever happens with climate change, human life will continue but it may not be in ways or in numbers that we would like to envisage. Societies can and do crumble. We have a tendency to believe our civilisations are stable and secure – but we have numerous examples of civilisations that crumbled, often very fast - the Mayan civilisation or Easter Island. Our societies are often more fragile than we would like to believe. Blockading fuel stations in the UK in 2000 brought the UK to the point of collapse within 5 days.

Who will take the leadership? What will future generations say of us? Did they not know? Could they not understand, Why did they do so little, so late?

Let us take the initiative and say enough!

We have only one, infinitely beautiful, varied and fertile earth. So precious in God’s eyes. Like the morning stars that sang for joy at creation, let us too cry out, burning brightly.

We can stand together in unity in the light and love of Christ to say  enough!

Extracts from a speech given by Dr Isabel Carter at the Third European Ecumenical Assembly in Sibiu.