Peace Theology 101 & the Witness of the Peace Churches 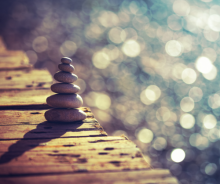 Christian peace theology is founded upon the premise that if Jesus is who the church has traditionally proclaimed him to be: the Word made flesh, God incarnate, then the example of his life and teachings reveals the true nature of God and serves as a pattern for Christian life and ethics. The way of Jesus is made known to us both through the biblical witness and, by the Holy Spirit, through the presence of the living Word with us and within us. Jesus calls us to be peacemakers (Matthew 5:9), to resist evil non-violently (Matthew 5:38- 42) and to love our enemies (Matthew 5:43-44). He teaches that the Kingdom of God does not operate by the violent ways of the world (John 18:36) and rejects the use of violence to defend himself (Matthew 26:51-52, Luke 22:51, John 18:11).

This message of peace is also present in the teachings of the apostles who note that, while violent conflict comes from human greed and the desire to own and control things (James 4:1-2), the way of Jesus offers a path to peace and reconciliation (Ephesians 2:14-18). They argue that Jesus’ followers should not seek to overcome evil by using evil means (Romans 12: 17 & 21, 1 Peter 3:11), but should instead live in harmony with each other and seek peace with all people (Romans 12: 18, Romans 14:19, 2 Corinthians 13:11, Hebrews 12:14). They point out that the fruits of the Holy Spirit include love and peace (Romans 13:10, Galatians 5:22, James 3:17-18) and that God’s kingdom will be realised by spiritual struggle and not by violence or coercion (2 Corinthians 10:4).

Peace theology draws on the peaceable witness of the early church and notes that this commitment was largely lost in the fourth century with the development of Christendom when Christianity became the official religion of the Roman Empire. Christendom tended to side-line the ethics of Jesus in favour of a different set of standards and it was left to marginalised and persecuted groups such as the Anabaptists and the Quakers to maintain a peace church witness to the way of Jesus, often at great cost.

However, with the decline of Christendom, peace church perspectives are becoming increasingly visible within modern Christian theology. For example, satisfaction and penal substitution theories of atonement, which have dominated Western Christianity for the past thousand years, are being subject to criticism because of the way they portray God as an angry and violent Father who required his Son to endure savage punishment and death in order to forgive humanity. Instead, drawing on the Christus Victor motif of the early church, new models of atonement are being developed, in which the Jesus’ death and resurrection are understood as a divine victory over the power of evil and violence, offering all people liberation from these forces of darkness and death. Jesus shows us how God overcomes evil: not by violent retribution, but by patient endurance, forgiveness and suffering love.

Peace theology proposes that, however violent and chaotic the world appears to be, this is both temporary and illusory: it will not have the last word. At a deeper level, the order that God has given the creation is good, fruitful, loving and harmonious. The fulfilment of this divine order is presented in the Bible by the vision of shalom, where humans live in right relationship with God, with each other and with the rest of creation. Jesus has been victorious over the forces of darkness and death and, with the pouring out of the Holy Spirit at Pentecost, he is working within creation to finally eradicate the evil of violence and injustice and establish his kingdom of shalom. Christians are therefore called to be partners in this process, modelling the way of peace as individuals and in community and acting as agents of peace- making and reconciliation within the world.

Stuart is tutor at Woodbrooke Quaker Study Centre in Birmingham