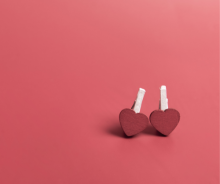 This workshop deals with issues of sexuality and homophobia, which may be particularly sensitive for some members of your group. It is therefore important to create trust in the group and affirm that the aim of the workshop is to provide a safe- space to discuss and better understand this important topic. With that in mind, the goal of this activity is to get everyone comfortable with each other to diffuse any tension there may be. On the count of three, everyone in the room should try and shake everyone else’s hand and tell them one fact about themselves. Depending on the number of people you should set an appropriate time limit between one and three minutes. The handshake offers particularly powerful imagery here as the symbolism conveys a sign of acceptance and peace.

Invite the group to pair up with someone in the room. As this is a sensitive topic they might like to pair up with someone they know well. They should talk for five minutes about their identities. What does it mean to them to have an identity? They should discuss what values that make up their identity and how they prioritise them. Examples may include religious affiliation, sexual orientation, race, and ethnicity. After five minutes, ask them to draw attention to the importance that sexual expression does or doesn’t have in a person’s life and identity. Draw discussion to a close and ask each pair briefly share their discussions with the group.

As the above discussion will probably have shown, sexuality is a significant expression of our identity as people who live in the world and explore our relationships with God and other people. The group should now consider whether God affirms our sexuality; particularly LGBT+ sexualities. Can homosexuality, for example, mirror an image of the love and justice of Christ? If so, would a loving God encourage the repression of a part of our Christ- centred identity? You might like to make it clear that the aim of this discussion is not to lecture them or tell them what they must believe.

It is now important to consider what the Bible says about sexuality/homosexuality. Issues surrounding sexuality do not receive considerable treatment in the Scriptures; certainly, it is a much less important issue than, say, care for the alien and the poor. The text most often cited in relation to homosexuality is Romans 1:26-27. Invite the group to find the passage in their Bibles, or hand out a printed extract, and ask for a volunteer to read the passage.

After the reading of the passage, you should use invite the group to engage with the following discussion ideas. Some theologians believe that the Biblical writers are not familiar with the givenness of homosexual desire and that they know nothing of homosexuality in the modern, stable, and non- oppressive sense. As a result of this, they suggest that these outdated presuppositions of a particular type of relationship cannot be used to be condemn loving Christian same-sex relationships. For Example, Megan Baxter writes:

“The type of gay sex Paul would have been aware of was prostitution, often in an idolatrous temple, or pederasty, an older man using an adolescent boy for sexual pleasure. It is only reasonable that Paul would condemn such forms of exploitative sex, but these uses of sex are worlds apart from a loving, consensual relationship.”

How does this progressive view compare with more conservative interpretations of Paul? For example, Richard Hays writes:

"The New Testament tells us the truth about ourselves as sinners and as God’s sexual creatures: marriage between man and woman is the normative form for human sexual fulfilment.”

Finally, close discussions by reading Psalm 139:14. Invite the group to consider that sometimes, certain parts of the Bible must be weighed against other biblical principles. For example, verses condoning slavery have almost universally been set aside. The bible tells us that all people are infinitely loved and created in the image of God. If, as suggested above, the Bible shouldn’t be used as a black and white condemnation of homosexuality, could it be that homosexuality is fundamental to God’s creative design? Is it time to interpret the Bible more progressively on the topic of LGBT+ equality?

The response section of this workshop will focus on Christian complicity in homophobia and the steps Christians can take to be active agents in the Liberation of LGBT+ people. Begin by discussing the historical role that Christians have played in legitimating homophobia. Can you think of an example in recent years where a high-profile Christian has made offensive or homophobic comments? In your Churches, have you witnessed a lack of pastoral care toward LGBT+ people? What are the consequences of homophobia in the Church and society at large?

Biblically based faith calls us to live out the command of Jesus Christ to love one another, which makes prejudice inexcusable. Jesus brought a message of inclusion and love, which stands in direct opposition to homophobia. For the next section ask everyone to split into small groups (3s or 4s). Ask them to reflect on the following questions. Should Christians do more to challenge homophobia? How can we as Christians, personally, and collectively, fight against homophobia? Close the discussion by asking each group to share their discussions with the whole group.

You might like to finish the workshop by reading a short inclusive prayer. The following example is taken from Vicky Beeching’s book ‘Undivided.’

He does not bend to cultural progress, rather he leads the way.

But the plan of an upside-down kingdom where the last are first,

And the dinner table is set for the unlikeliest of guests.

His magnetic love draws the outsider

And swings wide the doors for any and all. Religious elites look on, shaking their heads, At this lavish outpouring of outrageous grace.

As his voice echoes and new constellations dance into view,

May we have minds the stretch wide enough,

To perceive the vastness of his imagination.

And may we have ears to hear,

Unoffended by the greatness of his grace,

Even when its boundaries venture farther than our own.